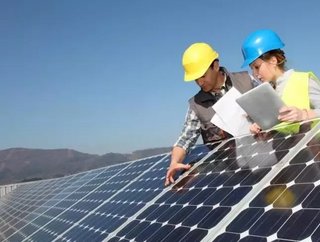 In a milestone for Australia’s large-scale energy sector, the 102 megawatt and $290 million Nyngan project in New South Wales has provided the nation 60,000 megawatts per hour (MWh) of energy in its first three months of operation, according to Australia Renewable Energy Agency (ARENA).

The largest photovoltaic plant in the country, Nyngan is a joint venture between AGL Energy and First Solar. Along with its sister project Broken Hill, the two are expected to generate a combined total of 155 mwh of capacity.

As Business Review Australia previously wrote, First Solar has been a constant force in bringing long-term sustainable power to Australia’s renewable industry. Nyngan reached its full generation capacity in June and many anticipate it will produce 230,000 mwh of electricity a year, which is enough to power 33,000 homes in the region.

The milestone comes as ARENA prepares to launch its next round of tenders for large-scale solar projects for the new generation of big PV development.

“AGL’s solar project at Nyngan and Broken Hill represent a big investment by the company and also by ARENA,” Frischknecht said. “It’s already achieving one of ARENA’s key aims of increasing the amount of renewable energy in Australia. And the knowledge gained from its successful launch and ongoing operations will lead to further improvements in technology and reductions in costs for the sector.”

The Nyngan and Broken Hill projects are supported by $166.7 million of Commonwealth Government funding through ARENA as well as an additional $64.9 million in funding from the NSW Government. The total project cost is approximately $440 million.

Australia’s large-scale solar sector looked bleak until just recently, as Parliament battled with Prime Minister Tony Abbott over his attempt to cut the nation’s Renewable Energy Target (RET). The two sides soon came to a compromise, as they decided to preserve RET but reduce it from 41,000 Gigawatts per hour (Gwh) to 33,000 Gwh.

While it continues to promote renewable energy development, ARENA realises the federal government would rather see it shutdown. Along with the Clean Energy Finance Corporation (CEFC), the government has attempted to abolish ARENA several times, although moves have been blocked by the Senate.

But with the government opposed to investing further into the development of wind energy, solar power is believed to undergo strong amounts of growth the remainder of this year and into 2016.

While there has also been considerable opposition to some wind projects, large scale PV remains popular with the Australian public and has yet to raise attention from Senators and members of the government who are opposed to renewable energy.