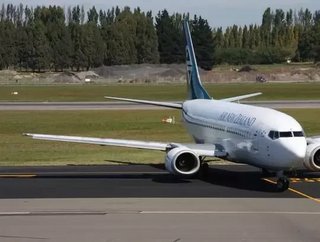 New Zealand’s national carrier has been named among the best in terms of fuel efficiency in a study of the 20 largest transpacific airlines.

The research released by the International Council on Clean Transportation (ICCT) ranked it third, just 3% behind leaders Hainan Airlines (China) and All Nippion Airways (Japan).

Qantas, Australia’s national airline, was listed bottom on the 20, some 64% behind the leaders from Asia.

The study attributes Qantas' inefficiency to that fact that it operated aircraft with higher fuel burn at very low passenger and freight load factors. Overall, freight share of total payload was the most important driver of transpacific fuel efficiency in 2016, accounting for nearly half of the variance across carriers.

However, Qantas has responded by saying the survey does not accurately reflect its efforts to reduce its fuel consumption.

“There’s a reason airlines around the world are starting to avoid very large aircraft like the 747 and A380,” added Dan Rutherford, ICCT’s aviation program director and co-author of the paper. “Newer twin-engine widebodies provide the payload and range capabilities needed for transpacific flights with much lower fuel burn.”