Adobe Responds to IT Pricing Inquiry, Lowers Prices in Australia 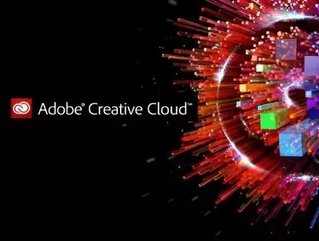 US design software company Adobe has lowered the price of its Creative Cloud product suite in Australia after a Federal IT Pricing Inquiry was initiated by politicians and consumer advocates who are frustrated over the inflated prices issued to Australian customers.

Adobe, in addition to Apple and Microsoft, was subpoenaed to a parliamentary committee hearing in Canberra on March 22 to explain why their customers Down Under are paying significantly higher rates for the same products and services enjoyed by those in the US and the UK.

"Adobe, Apple and Microsoft are just a few firms that have continually defied the public's call for answers and refused to appear before the IT Pricing Inquiry [voluntarily],” Ed Husic, the Labor MP spearheading the inquiry, told News.com.au.

One day after being summonsed, Adobe has become the first of these companies to respond to the inquiry and match its US product price in Australia.

“As Adobe continues to attract membership to its cloud offerings, it is evolving its product offering to provide increased value to subscribers, including new pricing for customers in Australia and New Zealand,” the company said in a statement obtained by the Australian Financial Review. “Creative Cloud membership pricing in Australia for individuals has been reduced to AU$49.99 on an annual subscription per month for new and current customers, effective immediately.

Now, the pressure is on Microsoft and Apple to follow suit.

“If you go to Apple’s iTunes and buy Macklemore’s song Same Love, which is number two in the Australian charts, it’s 69¢ in the US and over $2 in Australia,” consumer advocate site Choice’s chief executive Alan Kirkland told the AFR.

“[And] we found it cost $5795 more to buy Microsoft’s Visual Studio software in Australia compared with the US. These are downloaded products with no Australian labour involved and no local distribution costs – it’s simply a matter of where the computer server thinks you’re coming from.

"Australians are waking up to the fact that we are being ripped off.”