5 Ways To Avoid Incivility In Your Workplace 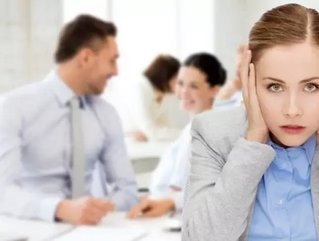 Australian workplaces face an often invisible yet increasing threat to productivity that, if not addressed and rectified, can compromise the psychological health of employees and the workplace. Incivility is an insidious threat that can lead to increased absenteeism, presenteeism, grievance claims, workplace conflict as well as increased workers’ compensation claims for psychological injury.

David Burroughs, managing director, CommuniCorp, said, “There is a difference between incivility and outright bullying in that people may not even realise they are being uncivil. Incivility can be categorised as a rude and discourteous behaviour that displays a lack of regard for others. It can include thoughtlessness such as not thanking someone for good work, or sending terse or blunt emails. These actions may seem trivial in isolation and are often not deliberate attempts to harm others but, when incivility becomes part of the workplace culture, people’s morale and the team climate can suffer significantly.”

The increasing ‘casualisation’ of the workforce has contributed to this and, often, uncivil behaviours are unknowingly modelled by managers. Poor role modelling in the workplace can directly increase counterproductive workplace behaviours. Additionally, with everyone being asked to do more with less, with technology blurring the boundaries between home and work, with instant mass communication mechanisms that are often devoid of niceties and or context, and the increasing general levels of stress that appear inherent within Australian workplaces, it is easy to see how levels of civility can be eroded.

“Organisations that neglect to address the risk factor caused by incivility may find themselves in breach of occupational health and safety legislation, since it is a foreseeable risk that can be managed.”

There are a number of ways organisations can reverse the trend of incivility, including:

- setting a company standard for email communications, such as not sending time-sensitive information via email and avoiding terse language in emails

- reinforcing workplace values, codes of conduct and behavioural expectations as well as creating expectations around zero tolerance to uncivil behaviour

- being sensitive to cultural differences and expectations and ensuring all staff understand what is expected.

Some workplaces can develop an uncivil culture quickly and may require assistance to reverse it and mitigate the psychological health risks associated with such a toxic environment. Specialist workplace psychologists can provide insight and strategies for changing behaviour and developing the systems, policies and procedures that develop and support a psychologically safe and healthy workplace culture.

David Burroughs said, “It doesn’t seem like a big deal if people forget to say ‘please’ and ‘thank you’ but when this lack of manners continues it can lead to an environment where people feel undervalued and unimportant. This can undermine the sense of psychological safety within the workplace, normalise and perpetuate low level deviant behaviour and create the foundations for more problematic workplace psychological health issues to develop. This in turn can cause organisations to lose money due to unproductivity, time spent managing preventable grievances and workplace conflicts or even through workers’ compensation claims and premium increases.

“By contrast, a workplace that fosters good manners, citizenship and teamwork is much more likely to thrive and be successful.”