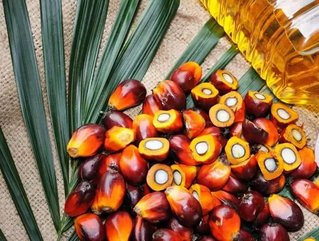 10 local food and beverage businesses in Singapore have committed to the sustainable sourcing of palm oil.

The 10 businesses make up 81 brands and 200 F&B outlets in Singapore, and as such the commitment triples the number of local businesses publicly committed to 100% sustainable palm oil.

Commonwealth Capital Group has a vast portfolio including popular brands like PastaMania, Kraftwich, Swissbake and Udders Ice Cream. Commonwealth’s Group Managing Director Andrew Kwan stated: “Sustainable practise is not a corporate buzzword to acquire but a prerequisite for building global businesses in the long term. In this regard, we count it a privilege to help raise awareness amongst customers and in the market on the importance of growing businesses sustainably, together”.

SASPO says that issues related to unsustainable palm oil have dire impacts on biodiversity, but that businesses are becoming increasingly aware of sourcing it sustainably, while “palm oil remains the world’s most efficient and flexible oil; it is widely used in F&B, household and cosmetic products”.

Denmark, France, Germany, Italy and the UK have all committed to 100% sustainable palm oil by 2020, and Singapore is now on its way to joining them as leaders.

SASPO also says consumers are beginning to be more supportive of sustainable practises, citing a recent YouGov survey in which 56% of Singaporeans said they would be more likely to support companies with ethical supply chains. In a recent campaign by the WWF, 60,000 emails were sent by Singaporean consumers to local brands in support of sustainable palm oil.

At the SASPO Commitments to Sustainable Palm Oil event, the keynote address was delivered by Masagos Zulkifli, Minister for the Environment and Water Resources. He praised the commitments of the companies and reiterated the impact unsustainable palm oil production is having on the planet.

“Transboundary haze pollution is a perennial problem in our region and elsewhere in the world… we cannot resolve this issue without addressing the production of palm oil,” said Zulkifli, adding that “if done in an irresponsible way, palm oil production can result in widespread deforestation, air pollution and carbon emissions resulting in climate change”.

He was also realistic about the significance of palm oil production to the Southeast Asian economy. “The palm oil sector brings important economic benefits to our region which produces 85% of the world’s palm oil. The palm oil sector contributes an estimated 2-2.5% of the GDP in Indonesia, and is the fourth largest contributor to the Gross National Income in Malaysia. The palm oil industry also supports the transition of many communities out of poverty and significantly improves the livelihood of farmers. Hence, Singapore supports the growth and success of a sustainable palm oil industry in our region.”

Of the 10 companies, Zulkifli added: “This is a milestone for the alliance and sends a strong signal that businesses in Singapore have started the transition towards 100% sustainable palm oil… we cannot expect changes overnight, but we can get there is everyone plays his or her part as a responsible consumer and business operator.”