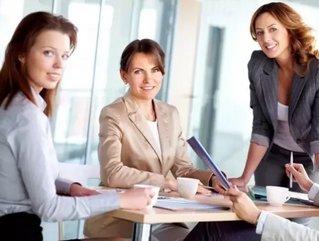 10. Australian Centre for Leadership for Women 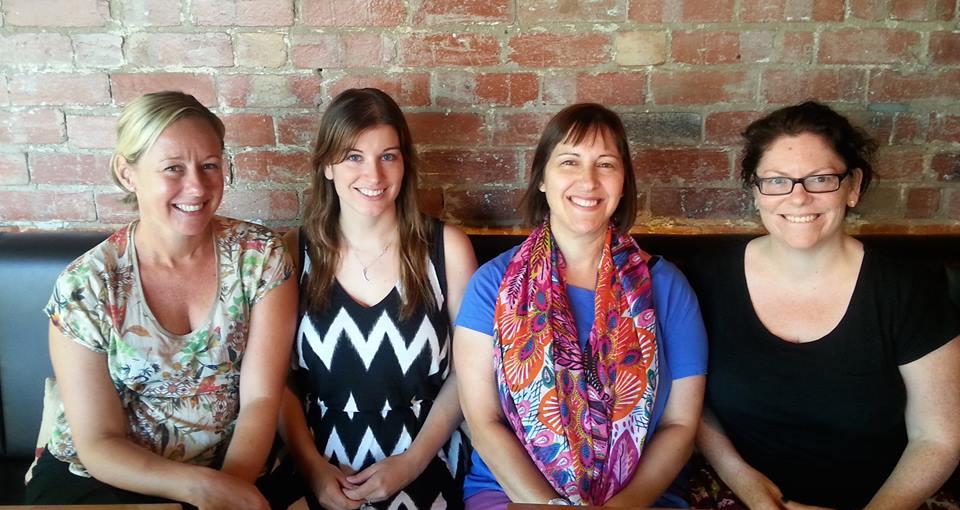 The Australian Centre for Leadership for Women (ACLW), a virtual Centre was founded by Dr Diann Rodgers-Healey in 2000 to assist emerging and established women leaders and advance gender equality outcomes.

ACLW has been the focal point of significant achievements, including the establishment of national awards recognising women’s advancement in workplaces and communities, research and extensive writing on key issues, submissions related to gender equality legislation, empowerment of women and women’s groups through coaching, mentoring, strategic facilitation, and giving women a platform to raise their issues, as well as numerous interviews with international leaders.

ACLW awards and recognises women and men who advocate for women in organisations and in the community through its national Awards Program. Diann has run ACLW on a not-for-profit basis steering its vision and enabling outcomes by bringing in teams of community and industry leaders to work on common goals to advance women in the community and in workplaces.  Women who have registered their interest engage in a spirit of empowerment, learning and leadership.

Inspiring Women is a program within Deloitte Australia, one that its own employees benefit from. The program was formalised in 2000, and in 2014 the company was recognised as one of only 76 organisations that have been awarded the 2014 Employer of Choice for Gender Equality by the Workplace Gender Equality Agency (WGEA)

The program is not just a project: it’s a firm, wide-encompassing strategy. It has done—and continues to do—several great things for the company, including creating an inclusive culture driven by the leadership of the firm, increasing the number of women in leadership positions by promoting talented women, investing in talent identification, development and recruitment, building an appropriate environment to retain talented women and positioning the firm as the professional services firm of choice for women.

Chief Executive Women had its foundations in 1985 as a branch of the Paris-based organisation, “Women Chiefs of Enterprise”. Barbara Cail was a founding member who wanted to provide a haven or respite for women seeking to share their experiences as pioneers in the boardrooms and C-suites of Australia.

During its first decade of operation, one of the first CEW initiatives was to provide an annual scholarship to aspiring women leaders.

“CEW’s scholarship has been a very unifying act for the whole group. There is now a good alumni group of the women who are connected through the opportunities that the CEW gave them and I hope the cascading effect of that is that in their lives they’ll reach out for other women and help them,” says Wendy McCarthy, founding member. With skilled members came increased resources, which now include a Talent Development Program and the CEO Kit.

As of last year, membership was around 300. At the same time as building the scholarships program, the organisation is becoming more externally focused, to reflect the fact that advocacy for gender balance and greater participation of women at all levels is still much needed in Australia today.

The Women in Global Business program is a joint initiative of the Australian, State and Territory Governments, supported by Austrade. The objective is to increase female participation in international trade and investment delivering increased economic benefit and job creation through greater diversity.

WIGB works closely with stakeholders and the private sector partnerships to deliver the program’s services and addresses the barriers women face in doing international business. These services include a mentoring program, skills and capacity building, workshops and events, research into the barriers and motivations of women as they engage with international markets, inbound and outbound missions, information and connection and advocacy on the domestic and international stage. 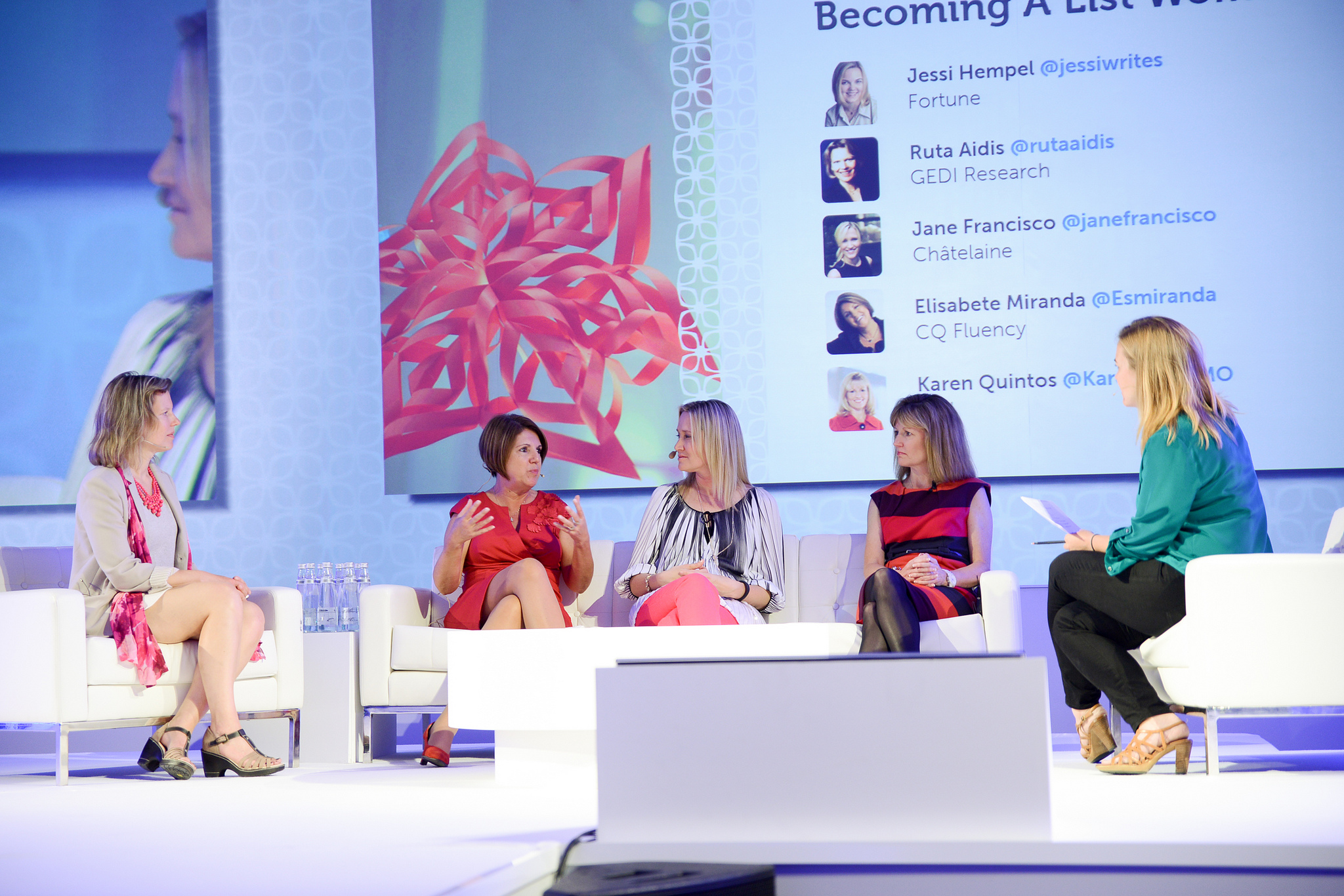 “Women share a unique approach to business; they are using innovative technology to reach customers and utilize data in unprecedented ways,” said on the company’s website. “Women especially understand that it’s not the technology itself that is important, but what connections, solutions and changes it enables you to make.”

Dell Australia offers several ways for women entrepreneurs to succeed including a centre for entrepreneurs; Dell’s Women’s Summit, an annual event taking place this year in Germany; and a Pay It Forward initiative, which works on the premise that if each contributor helps a woman business owner advance—and that woman, in turn, supports another— then we a global community of women supporting women can be created and the initial efforts can be greatly amplified. By the end of 2015, Dell hopes to support one million female entrepreneurs.

The Entrepreneurial Winning Women Program in the Asia-Pacific is in its first year. The program, which has already had success in North America, has seen great success. So what can we expect for our region?

“We intend to leverage our global know-how, networks and convening power to help accelerate their growth journey,” shared Annette Kimmitt, Asia Pacific Executive Sponsor of the Entrepreneurial Winning Women Program. “In the Americas, women business owners who participated in our program have reported a 49 percent increase in average annual revenue and a 26 percent increase in average annual job growth.  I’d like to see us achieve at least these same growth rates, which would see the combined revenues of these 14 businesses grow by more than $700m over the next 3 years and more than 2,500 jobs created over that same period.

“As I’ve said to each of our Class of 2015, my hope is that in three years’ time, when they are each running internationally successful market-leading businesses, they’ll look back and see our EY Entrepreneurial Winning Women program as an important catalyst in accelerating their growth jouney.”

Business Chicks is a community for inspiration, for both women and men.

“There’s definitely something that sets us Business Chicks apart,” shares Emma Isaacs, founder and CEO, on her website. “It’s not an age or a stage, and in spite of our name, it’s nothing to do with being in business. What unites us is our shared passion for ideas, our lust for creativity, our boldness, curiosity and generosity.

The community of 35,000-plus strong, independent thinkers is a great venue for people to swap ideas, share stories and, most importantly, spark inspiration. But it’s not just all work—much of it is play. Business Chicks is known for its events, which regularly feature high-profile speakers like Sir Richard Branson through to Diane von Furstenberg, Ita Buttrose, Julia Gillard, Michelle Bridges, Dr Brené Brown, Arianna Huffington, Sir Bob Geldof and Seth Godin, with their most recent lunch series featuring Bobbi Brown.

Read related articles from Business Review Australia:
See How These Leaders Are Empowering Women in Australia 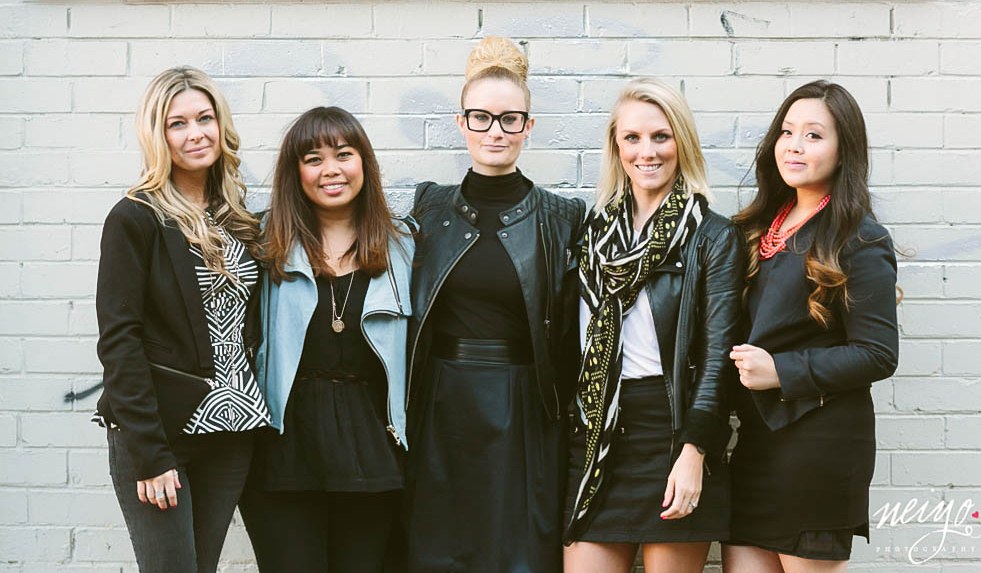 The League of Extraordinary Women is on a—well—extraordinary growth path. Only founded three short years ago in Melbourne, the organisation now has nine locations within Australia and one now in the UK.

“Such quick organic growth indicates that there is a deep seated need for the League which is why it is now the largest and fastest growing movement of female entrepreneurs within Australia,” shared Chiquita Searle, General Manager of the League .

The goal of the League is to provide a powerfully influential community for women, globally, who are passionate and motivated entrepreneurs, who are inspiring each other to succeed while also participating fully in entrepreneurial communities world-wide.

“The start-up culture in Australia is incredibly exciting to be a part of and to be included in the Business Review Australia’s featured best organisations for professional women in Australia for 2015 is an honour,” said Searle. “Any platform developed to support women, who may be experiencing feelings of isolation and who simply want to connect with other women in a similar position on a regular basis, is incredibly important and we are delighted to be recognised as such by BRAu.” 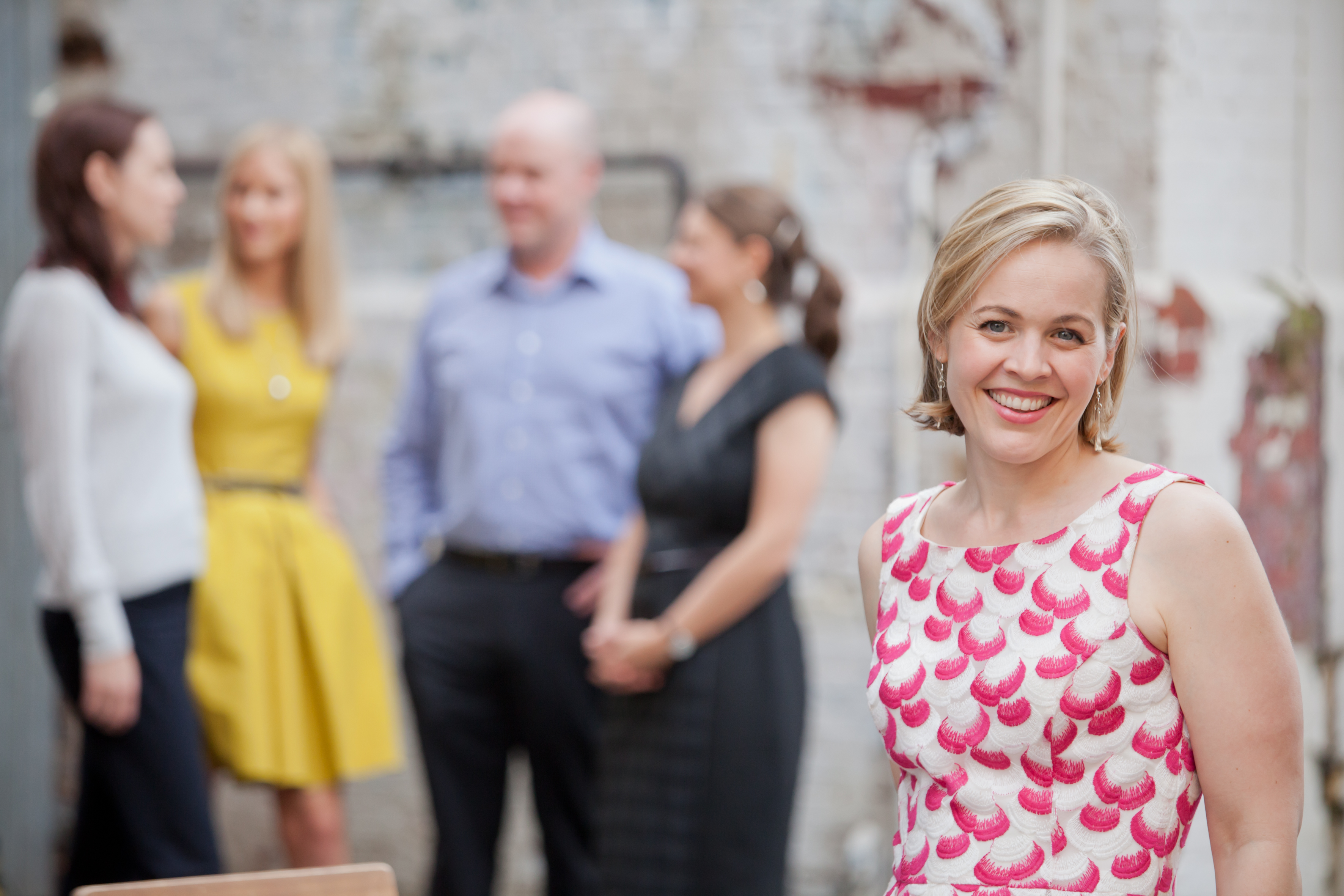 Inkling Women exists to inspire women to create extraordinary lives and careers. The helps women leaders develop the capability and confidence to step up into more senior roles and to create careers and lives that they love and thrive in.

“Too many years have been lost with the wheels spinning on this issue,” said CEO Gemma Munro in an article she wrote for CEO Magazine. “It is time to be guided by the evidence. High quality leadership programs, pragmatic courage on quotas and sustained, top-down culture change are needed—and not for political reasons. The positive organisational outcomes of diversity suggest serious action on gender equity is an obligation for leaders everywhere.”

There are also several programs open to the public, including Ignite, for emerging women leaders; Speakeasy, to help women leaders speak with “confidence, excellence and ease”; and Inspirit, for senior women leaders. Two further programs—Unstoppable (in partnership with Taryn Brumfitt, founder of the Body Image Movement), and The School of Purpose and Passion—also run online. 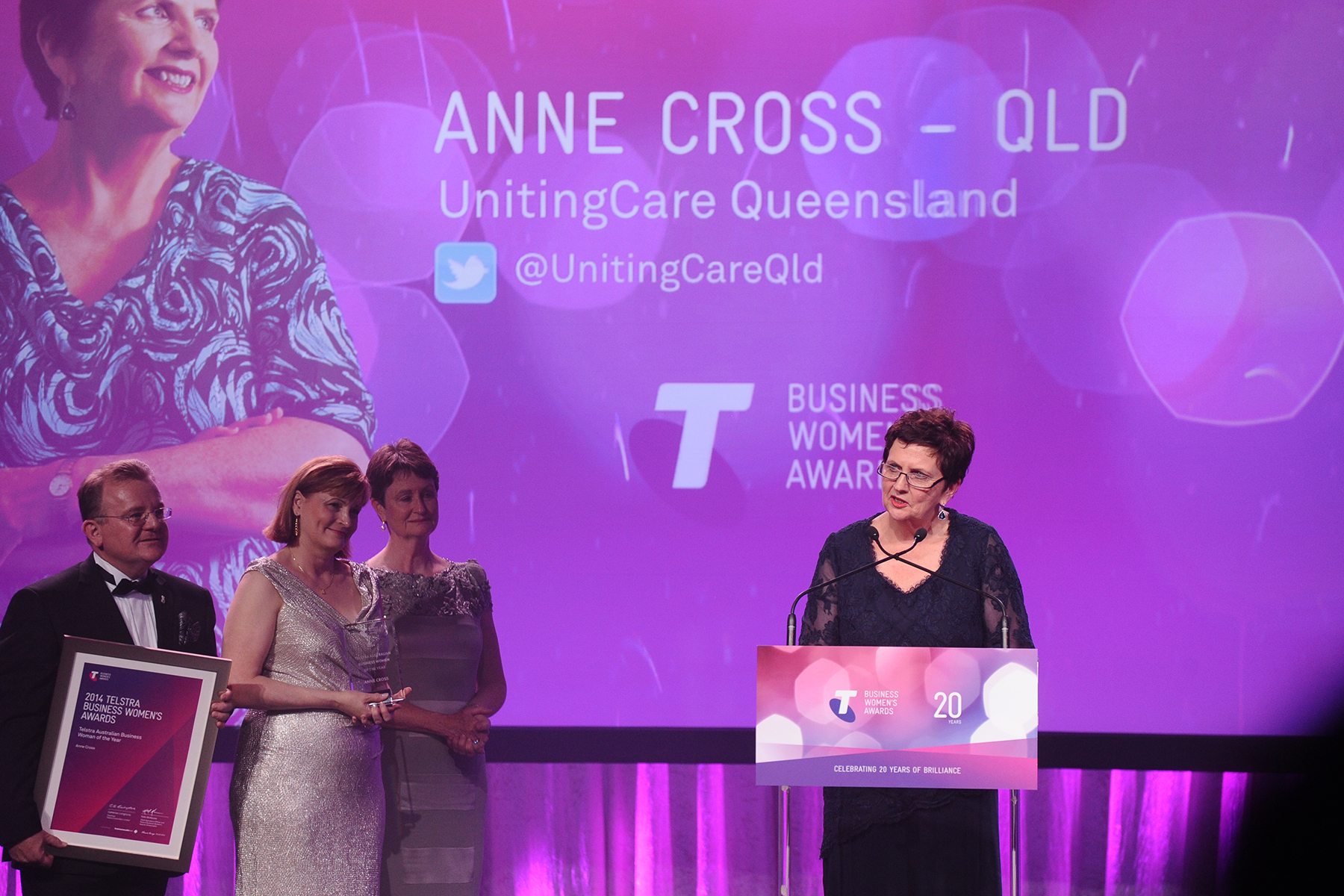 For 21 years the Telstra Business Women’s Awards have celebrated and recognised the determination and innovation of many thousands of Australia’s brilliant business women, whose leadership and inspirational stories have made a positive impact in business and the community.

“Receiving the award is a great honour!” shared Anne Cross, CEO Uniting Care Queensland. “It is very exciting and I am especially pleased that the not-for-profit sector has been recognised through these awards by the business community. It is a privilege to lead an organisation of great complexity that does so much good work in community. I hope that the award will encourage other women to contribute their passion, skills and expertise to the not-for-profit sector.

“I think this showcases women’s achievements to the whole business community, builds networks and highlights to other women and the whole community what is possible.”