Yahoo! Prepares to Lay Off Thousands 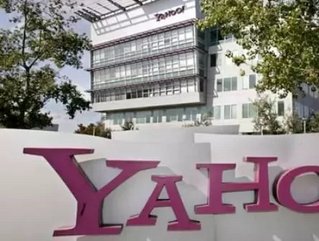 Employees of Yahoo! working in the public relations, marketing, research, region-focused and other marginal business sectors will be holding their breath this month after the internet giant announced its plans to “restructure the company” and lay off thousands of workers, effective as early as late March.

“As we have indicated, our leadership is engaged in a process that will generate significant strategic change at Yahoo, but final decisions have not yet been made at this point,” a Yahoo! insider wrote in an email following the announcement on AllThingsDigital.com.

The layoffs would be the first big move in the California-based company’s restructuring process since CEO Scott Thompson (formerly of PayPal) took over the post in January, Reuters said. The executive board has already experienced a good deal of reshuffling since former CEO Carol Bartz was fired in September and co-founder Jerry Yang resigned from the board of directors soon after Thompson’s appointment. Yesterday, AllThingsDigital reported that Yahoo Labs head Prabhavar Raghavan has departed the company to take a job with rival Google.

After Yahoo!’s profits nosedived by more than 20 per cent last year, the company hired the Boston Consulting Group to help with the restructuring effort, undergoing a “strategic review” to help determine the areas where they could cut costs and rebuilding the board of directors. Executives are also looking into selling off some of the company’s assets to China and Japan, according to Computerworld.

“Some parts will be cut away, leaving resources to go to better efforts,” said an anonymous insider who spoke to AllThingsDigital. “But this has to be a true change to get this company back on track.”