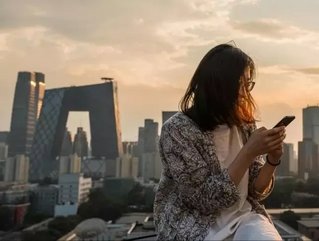 A photo of Xiaomi’s Mi Mix 3 confirms the device’s 5G capabilities, according to The Verge
Xiaomi’s upcoming flagship smartphone is due to be launched in October, getting the jump on both its competitors and 5G networks themselves.
As reported by Gigabit, Sprint and LG are themselves on track to launch 5G handsets in the US next year.
“We’ve successfully tested 5G data connections on Xiaomi phones, and we can’t wait for the official rollout of 5G next year!”, Xiaomi’s global spokesman, Donovan Sung, tweeted on 3 September.
While Mr Sung has mentioned that 5G will offer 10x the speed of 4G, The Verge noted that variable 4G speeds lessen the impact of Mr Sung’s claim.
In Q1 2018, Xiaomi overtook Apple as the fourth most successful smartphone vendor in China, and holds 9.3% of the global market as of Q2 2018, according to Statista.
See More:
The former startup also overtook Samsung as India’s top smartphone manufacturer in January of this year, a title held by the Korean giant for six years.
Business Chief noted in January that Xiaomi, not forgetting its startup origins, had invested US$4bn in 300 Chinese startups, and has plans to invest $1bn in 100 Indian companies by 2022.
These efforts are incentivised by the potential for these firms to produce apps for Xiaomi’s handsets, enabling the Chinese company to provide software for local markets and thereby increase usage.
smartphone5GXiaomiMi Mix 3
Share
Share