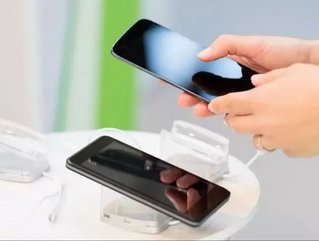 Recent figures from the final quarter of 2017 show that Xiaomi’s shipment figures and therefore market share for India were higher than those of Samsung.

Analysts reported that Xiaomi shipped nearly 8.2mn smartphones and had a 27% share in Q4 2017 while Samsung shipped 7.3mn, holding on to 25% of the market.

Rushabh Doshi, analyst at Canalys, said: “Samsung’s loss comes from its inability to transform its low-cost product portfolio. Despite its ability to offer better margins and funding to the offline channel, consumer demand for Samsung services have been weak.”

He added that in 2018 Samsung will continue to attempt to maintain the “aspirational status it once held in the mind of Indian consumers.”

Earlier this year Xiaomi revealed it would try to focus more on the Indian market, which is the same size as China but has lower penetration of Smartphones since a more cost-conscious consumer still relies on the feature phone.

Xiaomi’s Senior Vice President Wang Xiang recently spoke to Business Chief for an upcoming feature and explained Xiaomi’s recent decision to focus on India. “India has a huge population and as more and more Indian people are set to come online over the next decade, many of them will likely do so through mobile devices… We saw the huge demand for high quality products at accessible prices” he explained, however added that “China will always be a key market for us”.

In addition, the company plans to invest $1bn in Indian start-ups by 2022 with the aim of providing more localised apps and online offerings for its smartphones. Wang said of the decision: “Xiaomi has invested into a range of companies to provide a rich array of Internet services and hardware products. While we focus on our core products, we invest in companies that are able to take us into new and exciting categories.”

According to CNBC, the largest mobile phone share is still held by feature phone sin India, with a 55% jump in feature phone shipments in Q4 2017 announced by Counterpoint, in comparison to 12% growth in smartphones.