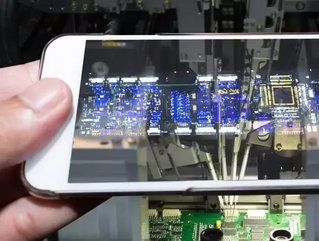 Xiaomi, the fifth largest smartphone manufacturer in the world, has stated it plans to prioritise India to market its products.

India has a market of similar size to China, with around 1.4bn consumers, and demand for cheap electronics is high for a more cost-conscious market.

Xiaomi has 60 markets currently and founder and Chief executive of the tech Unicorn, Lei Jun, has said that India is one of the most promising in terms of shipment an scale of work.

He explained: “We have adopted the India No 1 strategy, which includes deisgn, research and development, manufacturing and supply…We became No. 1 because out company is so small, so we focus all our energy on India. That’s why we have really supported India on the supply front.”

The company will establish a research centre in Bangalore and hire local engineers. Some of its products will be developed exclusively for India and will not be sold in China. At present, some staff members from China have been sent over to support the India team.

Xiaomi has seen huge success this year, having reached its targets for 2017 in October, with $15.07bn sales and 70mn smartphone shipments. It has increased its target for next year to 100mn shipments and hopes to replicate its domestic success in India.

India is a particularly attractive market not only due to its sheer size, but as the Chinese market is saturated with competition. This is also one reason why fellow Chinese smartphone producer, Transsion, has chosen for focus on the African market, in a growing trend.

However, other smartphone producers like Huawei have chosen not to push for the Indian market as they prefer to sell pricier handsets in the Chinese and European markers where demand for such products is higher.

Xiaomi has invested $4bn in 300 companies in China over the past few years and will now invest up to $1bn in 100 Indian start-ups between now and 2022. It is thought this will be part of efforts to boost the supply of apps for its smartphones.