What has gone wrong with Australia’s National Broadband Network? 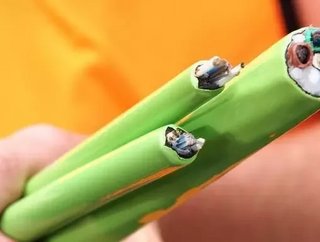 Australia’s government-owned National Broadband Network (NBN) has been subject to a torrent of negative press.

Set up in 2009 to replace dated infrastructure such as copper cable networks, NBN is designed to give all Australian consumers and businesses access to broadband over fibre, fixed wireless and satellite technologies. The original proposal, now being promised by the opposition Labor party, was for a full fibre rollout.

Retail service providers offer services over the new infrastructure, not dissimilar to Openreach in the UK, an organisation also under increasing fire over the pace and quality of its work.

Cited as Australia’s largest infrastructure project ever, NBN has also been a bone of political contention over recent years, with current Prime Minister Malcolm Turnbull vowing in 2010 to demolish it if his party won power. Fast-forward to 2017, and the NBN saga still rumbles on.

The enormity of the project appears to have caught up with the state-owned enterprise, most recently highlighted by the industry ombudsman’s damning report into the number of complaints made by B2B and B2C customers.

Complaints about NBN services have risen by 159% in the space of a year, with the majority of unhappy customers witnessing service faults and frequent delays. For the first time, complaints about broadband and internet access outstripped those about mobile phone providers.

NBN, while saying these findings were regrettable, said it had connected another million premises over the past six months. Around half of the country is now connected to the network, but take-up has been slower than expected, as prices remain high whilst speeds remain well below those advertised, something which the country’s competition watchdog (ACCC) has kept its eyes on.

ACCC Chairman Rod Sims said in July: “The move to the NBN and the way in which NBN technologies work mean retailers need to dramatically re-think the way they talk about typical speeds and ensure consumers are presented with the information they need.”

NBN and telcos are at loggerheads over the issue, with the former knowing exactly how much capacity each telco is purchasing and whether it is enough to ease congestion. It says retailers are not purchasing enough bandwidth to provide adequate services. ISPs say that NBN’s charges are too high to be commercially viable to them.

What was intended as a harmonious public-private enterprise to make Australia the most connected nation on earth has left serious doubts about the ability of government and business to deliver such a huge project convincingly. Look across the Tasman Sea to New Zealand, and you will find faster speeds being delivered at similar costs to those offered by NBN.

The government recently announced a review into the failings of the project. Many commentators simply say that the business model, whether all fibre or a mixture as is now the case, was doomed to fail from the start. What does appear obvious is that this compromised mixed-solution rollout is costing far more than any key decision maker in 2009 anticipated.