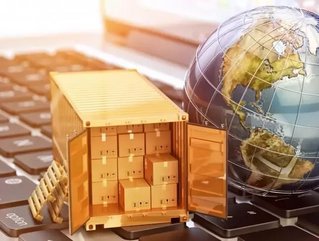 After rival bidding with ecommerce giant Amazon, Walmart has triumphed in a deal with Indian online retailer Flipkart.

Flipkart is the largest ecommerce company in India, and over the past few weeks competing offers were announced by Amazon, which wanted to buy a 60% stake in the company and Walmart, a big US grocery player which already owns shares in Flipkart and is looking to expand its ecommerce business as well as its footprint in India.

It has now been officially announced that Walmart will pay $16bn for a 77% stake in Flipkart, valuing the Indian retailer at $20bn in total.

Flipkart currently has more than 100mn users and as such provides a huge platform for Walmart to compete with Amazon in a growing market. It was founded in 2007 and existing investors include Microsoft, Tencent and Softbank.

In fact, it was Softbank’s CEO Masayoshi Son who inadvertently announced the deal a day early, when discussing the company’s successful ventures with journalists in Japan.

Softbank had previously invested $2.5bn in a stake in Flipkart through its Vision Fund investment sector. This stake will now be worth $4bn in the deal, according to Bloomberg, which also reported Son’s gaffe.

While the deal has been rumoured for some time, Son stated to journalists on Wednesday that Walmart had agreed to buy a majority stake in Flipkart, then saying as he was handed a note: “Oh, I see here that the Flipkart-Walmart deal isn’t fully confirmed at this time.” He then reportedly said “yabai desune” which Bloomberg reports can translate as “oops” or “that’s not good”. He then asked, “what should I do?” and concluded: “Well, I said it. I can’t take it back. So that’s it.”

This may not have been the announcement Walmart or Flipkart had in mind, but nonetheless it is an exciting time for ecommerce in India. To quote Son: “that’s it.”