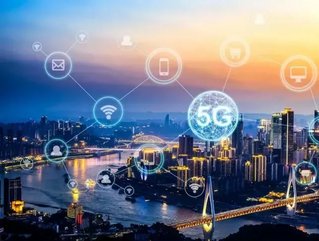 Available not just for domestic usage but also when its customers are overseas, Vodafone states that customers with its AU$5 roaming package will be able to access 5G speeds whilst in the UK, Italy, Spain, Germany and Ireland, with more destinations promised.

In a customer-centric move, the telecom company will also allow pre-existing customers, both on pay-as-you-go and contract, to access the network at no extra cost.

“Throughout 2020 our customers will see us deliver 5G coverage to more areas; with more 5G devices to choose from; while delivering the great value that Vodafone is known for,” said Iñaki Berroeta, CEO of Vodafone.

Already planning to bring 5G to Australia’s major cities and urban areas, including Sydney, Melbourne, Brisbane and Adelaide, the company will not be idle in spearheading the change.

“We have more than 650 5G sites in planning, with thousands more on our roadmap over coming years,” Berroeta added.

“This is an exciting occasion for us as a business and for our customers – we have worked tirelessly to put our customers at the heart of our 5G plans.”

An industry at the cutting-edge

Vodafone is not alone in the race to increase Australia’s internet surfing speeds. Telstra has been actively building anticipation for its own 5G network, which is already being enjoyed by thousands of customers.

“We’re always working towards the future,” said the company in a press release. Telstra has recently been dedicated to “delivering the next ‘wave’ of 5G, sooner than anticipated – mmWave.”

Clearly thinking a step ahead at a time when basic 5G is the preoccupation of most telecoms, mmWave or ‘millimetre wave’ is a high-frequency technology that Telstra claims will give 5G its next big boost.