[Video] Partnership between Tesla and Uber could doom the taxi industry 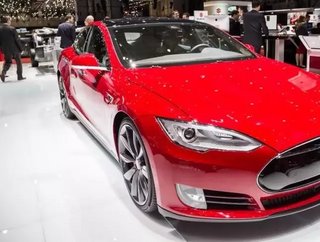 Aussies will soon be able to catch a ride in style while also being environmentally friendly.

Evoke, the Australian zero-emission luxury chauffeur company, recently announced the release of the first Tesla Model S taxi service in Sydney to compete with other petrol-based car services in the city. It will offer a taxi service with similar rates, but will be the first-ever zero-emissions luxury transportation service in the nation.

RELATED TOPIC: Can the Tesla-Fronius partnership lead to 24 hours of sun?

With both limousines and taxis available, Evoke will use the Model S to give customers a memorable experience for both professional and personal use. The service launched earlier this month after about 200 test trips, and intends to add more Tesla sedans in the coming weeks.

Using electric cars gives Sydney citizens a chance to go from point A to point B in comfort and luxury without letting off harmful emissions into the environment. Not only will it make the city better to live it, but customers are also expected to be impressed by the transportation experience.

The riding experience features free Wi-Fi, an in-vehicle iPad and a Spotify music streaming app while traveling. In the future, Evoke will begin expanding to other Aussie cities with hopes of cornering the market for executives, weddings and others.

Now transportation network giant Uber is looking to take it a step further, as the company plans to purchase all of Tesla’s self-driving automobiles made within the next six years. It’s a move that could possibly mean the end for all taxi services.

RELATED TOPIC: How Microsoft is helping Uber take over its industry

Uber CEO Travis Kalanick believes autonomous cars are the future, and intends to buy all 500,000 expected to be produced by 2020. It all goes back to Tesla CEO Elon Musk’s theory that humans could one day end up banned from driving and computers could do it in a much safer fashion.

A similar changed took place years ago when elevator operators no longer became needed, as the machine is able to operate itself. However, even Musk acknowledged that this vision could take 20 years to become reality.

It appears the taxi industry has until then to figure out a solution.