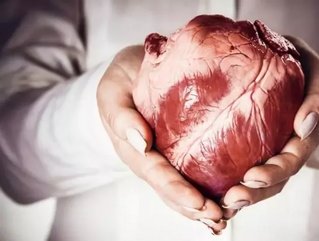 A group of United States scientists called TransMedics has created a new, innovative medical technology that mimics the conditions of the human body and may help replenish the low supply of hearts for transplantation by 30 per cent.

Rather than keeping hearts or other organs on ice until it reaches the recipient, the new technology called Organ Care System (OCS) is designed to maintain organs in a warm, functioning state outside of the body.

If the OCS is approved for medical use in the U.S., it will provide a solution for the thousands of Americans who require a heart transplant each year. It has already been used in 15 successful heart transplants in Australia and the United Kingdom.

OCS, a $250,000 device, essentially consists of a sterile chamber containing oxygen, blood and nutrient supply to the heart, which keeps the heart pumping outside of the human body until it is ready for transplant.

The process increases the number of hearts available by reviving the heart of brain dead patients as well as reanimating hearts of recently deceased patients. In addition, OCS allows the surgical team to remove the heart of dead people and bring it back to life for transplants.

Earlier this year, surgeons at St. Vincent’s Hospital in New South Wales discussed three cases where they waited as little as two minutes after a person’s heart stopped before removing it. They then attached it to the TransMedics device within 20 minutes, and it began beating again.

Without this technology, surgeons would normally consider hearts from dead donors as too damaged for transplantation.

“The device is vital,” said Stephen Large, a surgeon at the UK’s Papworth Hospital, which has used OCS as part of eight different transplants. “The heart gets an absolutely essential infusion of blood to restore its energy.”

Some believe the Transmedics’ machine is flawed, as it’s still too expensive and isn’t quite automated enough. But eventually, this may open the door to other organs such as livers to be recovered as long as an hour after death.