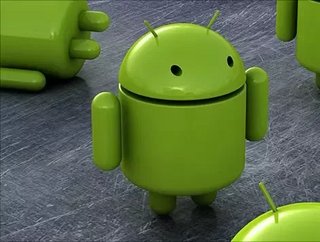 Be sure to check out this story in the September issue of Business Review Australia. Trust us, it's way cooler!

Vodafone has seen a huge movement towards smartphones, which has continued to accelerate in the last year. Our most popular handsets continue to be iPhone and Android smartphones with customers looking for the newest technology and latest innovations from key smartphone manufacturers such as HTC, Samsung and Apple.

Part of the reason behind choosing a smartphone isn’t just based on the handset—but also on its operating system, or OS.  Clearly Google’s Android OS and Apple have demonstrated they have huge reach in terms of growth of new customers over the past two years. These two platforms have taken the lion’s share of new users, with both platforms launching new feature at regular intervals. We expect to see this accelerate in the next year as Apple launches IOS 5 and Android refreshes their software with their latest release of Android called ‘Ice Cream Sandwich.’ BlackBerry and Windows Phone are moving quickly to join the race, which is great news for consumers.

KEY FACTORS WHEN IT COMES TO CHOOSING AN OS

What matters when it comes to choosing the best OS for your phone?

Simplicity and flexibility for the customer is one of the differentiators that makes an OS exceptional. Smartphones have opened up a new world of mobile opportunities for customers, such as web browsing and social networking—an exceptional OS should make these activities as easy and seamless as possible. For example, there has been a huge growth in the use of social networking on smartphones—this growth has accelerated as improvements to the mobile platforms have made the transition from PC to mobile simple and intuitive.

On top of this, Vodafone has led the way in Australia, by offering free social networking access to sites such as Facebook, Twitter, and more, in our popular Infinite plans.

Another key ingredient for a successful OS is applications, or ‘Apps’ as they’ve become known. We have seen the number of Apps for smartphones explode in recent times following the launch of Apple’s App Store and ‘Android Market’—the Android’s app store. On the Apps front, BlackBerry, Nokia and Windows Phone are looking to ramp up their offerings to join Apple and Android.

Apple IOS: Apple runs its own IOS operating system which will get an overhaul with the launch of IOS 5 later this year. The key features for Apple are simplicity, iTunes integration with arguably the leading Apps store.

Android: With Android, the key differentiator is that the operating system is far more flexible and customizable for customers. The latest Android software has at least five screens for customers to customize with apps and widgets – widgets are small applications that are continually updated and sit on one of the Android homescreens. For example, instead of having to open up the Facebook app, you could put the Facebook widget on one of the home screen and this will constantly take updates from your Facebook account, you can even post updates yourself from these widgets.

BlackBerry: The BlackBerry OS was built around e-mail and messaging with BlackBerry Messenger – known as BBM – a key component of the platform. BBM is an instant messaging solution that allows customers to share updates, pictures and other information with multiple BBM users. BlackBerry has improved its browsing capabilities and has also started to re-vamp its app store.

Windows Phone: Microsoft launched its new Windows Phone platform last year. While the OS is quite simple and intuitive, there has been limited availability of devices, as Microsoft mandated the hardware requirements for handsets with the launch of the new OS.

In February this year, Nokia and Windows announced a partnership, with Nokia becoming Windows lead partner. We look forward to seeing this partnership come to life as we expect to see a new mass-market range of devices from Nokia.

OS INTO THE FUTURE

There has been somewhat of a two-horse race in growth of smartphones’ OS for the last two years between Apple and Android. I have no doubt that they will remain the key platforms for the next two years.  In the background however, BlackBerry is launching its new platforms next year and Nokia has made a big bet on Windows Phone, so I expect a big push from these two. I think there is room for at least 3 major players but it will be our customers who decide which ones are successful.