Tata and Google partner to drive cloud adoption across India 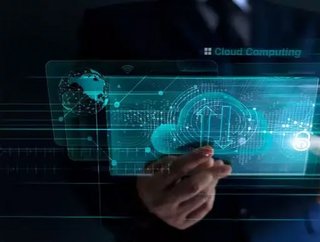 Tata Communications has announced its partnership with Google Cloud India to drive cloud adoption as part of the company’s ambition to digitally transform businesses in India.

Tata Communications, which was awarded the best managed Multi-cloud service provider of 2020 by Frost & Sullivan three years running, carries around 30% of the world’s internet routes connecting businesses to 60% of the world’s cloud giants and four out of five mobile subscribers.

What will the partnership deliver for Indian businesses?

This partnership between Google Cloud and Tata Communications, will enable businesses in India to deploy and access Google Cloud services through Tata Communications’ IZO Managed Cloud, which means Tata can support organisations across India with services such as infrastructure modernisation, data centre transformation, application modernisation, smart analytics and multi-cloud deployments.

According to Tata Communications’ Global Head of Cloud, Rajesh Awasthi, the effects of the current demands on businesses to manage and optimise their cloud solutions “has never been more important” and as companies continue to migrate to Google Cloud, they will need a partner to support them across their entire IT ecosystem.

Tata Communications will now be able to make that digital transformation for companies as easy and effective as possible, providing a “unified, end-to-end experience that will remove the complexity in cloud management and help them transform at speed and scale”, states Amitabh Jacob, head of Partners and Alliances at Google Cloud India.

Google Cloud has been a distant third to two of the big four cloud providers, AWS and Microsoft Azure, worldwide, but it has been gaining ground since Thomas Kurian, who was previously Oracle’s president of product development, took over as Google Cloud CEO two years ago.

Kurian has made some big investments in both people and partnerships including in India with the hiring of some key senior executives at Google Cloud India over the last year, among them Karan Bajwa.

This announcement comes at a time when cloud adoption is top of mind for most businesses. According to a newly released NTT Hybrid Cloud Report by industry analyst firm Canalys, nearly all (96.2%) of businesses in Asia Pacific see cloud as critical to meeting immediate business needs amid uncertainty, with the need to be agile in business the main driver, with 31.6% of APAC organisations planning to implement a hybrid solution within 12-24 months.

While many companies had embarked on digital transformation journeys pre-pandemic, the COVID-19 crisis has laid bare business deficiencies in cloud infrastructure security and network architecture capabilities, hindering their ability to adapt and remain agile.

Google Cloud has in fact seen the greatest growth of the big four cloud providers (Microsoft, AWS, Alibaba, Google), with a 58% increase to reach 7% market share, putting it in third place, just ahead of Alibaba Cloud.