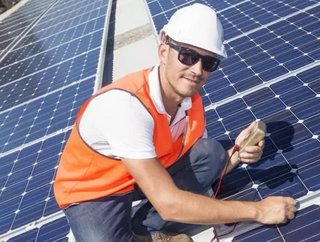 The shopping-centre project has already generated over 400,000 kilowatt hours (kWh) of energy for the centre, and is on pace to hit its annual target of 1.74 kWh. Located in Wollongong, NSW, Stockland Shellharbour is made up of 3,991 Photo-Voltaic (PV) panels across a rooftop that’s 7,658 square metres — nearly the same size of a football field.

The system generates 4,789 kWh each day on average, which is enough to power 280 homes and provide 28 per cent of the centre’s daily base building requirements.

Stockland invested over $2 million in the solar PV installation at Shellharbour, which also created over 50 jobs for local residents during the first six months of construction.

“Stockland is proud to be leading the sector in sustainability and investment in renewable energy,” said Stockland group executive and CEO commercial property John Schroder. “This month, we were named the most sustainable real estate company globally in the 2015 Dow Jones Sustainability Index, reflecting our emphasis on strong environmental performance across the entire business.”

The system highlights the amount of confidence NSW businesses have to invest in renewable energy.

Stockland already issued the first Green Bond by an Aussie corporation earlier this year to help with funding the project, while it also maintains the largest number of Green Star rated shopping centres in Australia.

With an eye toward increased sustainability, Stockland has also announced plans for three other solar panel projects in Wetherill Park, Merrylands and Baldivis.

“With Stockland Shellharbour now generating clean, green, renewable energy for the centre and our tenants, with cost savings for all, we now have the confidence to invest in similar installations,” said Schroder. ““We truly believe in the ability for sustainable practices to change the energy landscape in Australia and this system is an important step in that direction within the large scale commercial property arena.”