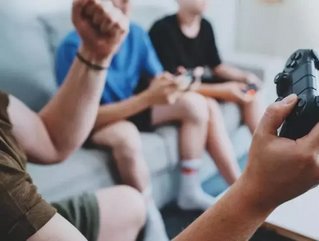 With the gaming industry expected to be worth $300bn by 2025, the latest generation of video games consoles from Microsoft and Sony are eagerly anticipated.

Sony unveiled the specifications of its latest console in a livestreamed event with lead systems architect Mark Cerny. At the same time, Sony summarised the announcement, saying: “We’ve begun to unveil more details behind the technical and hardware components that make PlayStation 5 such an innovative and powerful platform – the ultra-high-speed SSD, integrated custom I/O system, custom AMD GPU with ray tracing, and highly immersive 3D audio. With these capabilities, PS5™ will allow developers to maximize their creativity, building expansive worlds and new play experiences in the games they design.”

In a letter on its website, meanwhile, Microsoft’s Head of Xbox, Phil Spencer, said: “The future of gaming has never been more inspiring. Creativity in games is flourishing. New services empower you to discover more games—and bring you closer to the games and creators and streamers you love. The cloud creates a massive opportunity to stream console-quality games and play with the people you want, wherever you want. And for many of us, nothing is more inspiring than the dawn of a new console generation.”

Aside from a basic increase in power enabling higher resolutions and frame rates, key technologies the two giants are competing on in the next generation of gaming include solid state storage, allowing for faster load times, raytracing (a technique requiring dedicated graphics hardware to produce more realistic and responsive looking lighting), and also remote streaming capabilities using the cloud.

Ultimately, the specifications of each machine may matter less to consumers than the games available and the price point at which the machines are sold.

Although both companies are aiming for the nebulous “holiday 2020” release date, it remains to be seen whether they will be able to keep to that as the coronavirus pandemic continues to bite.