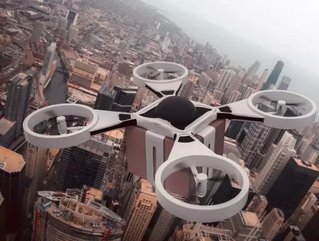 Airbus has completed the first “pilot” test of an unmanned aerial vehicle as part of a project with the National University of Singapore.

The project will use drones developed by Airbus to deliver parcels around the Singapore university campus in partnership with SingPost.

Unmanned drones are expected to be regularly flying between parcel stations on campus by the mid-2018.

The drones will land on rooftop stations and allow a robotic arm to collect he package and place it in a locker, where customers can pick the package up 24 hours a day at their own convenience.

The initial demo was attended by CNBC at the National University of Singapore (NUS), and the news outlet commented that the drone can carry between 2-4kg, and itself weighs around 25kg.

According to a representative from the Civil Aviation Authority of Singapore, this test will be part of an eventual plan to utilise drones for parcel delivery throughout Singapore.

The project is called Skyways and Airbus hopes to use it to gain initial insight not only on technological development, but on how the system is received by customers.

According to Fortune, CAAS Director General Kevin Shum said: “For Singapore, this project will help to develop innovative rules to support the development of the unmanned aircraft industry in Singapore.”

Leo Jeoh from Airbus stated: “I am convinced Airbus will be pivotal in the shift from ground to air transportation in urban spaces. Through our strong relationship with CAAS, the NUS and SingPost, we will be able to run a meaningful trial that allows us to explore and develop regulations, technologies and operational requirements to safely operate unmanned vehicles in urban environments while gaining valuable insight from campus dwellers on how they feel about the tech flying around.”