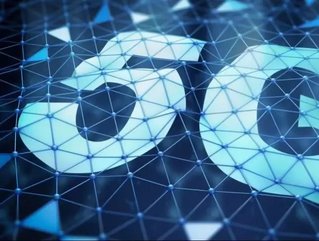 Taking place from 14-16 October in India’s capital of New Delhi, the first day of the event saw a number of announcements, including Vodafone promising investment in the country’s digital infrastructure.

Inaugurated in 2017, the event is backed by the governmental Department of Telecommunications as well as an industry association of telecommunications companies, and accordingly has a focus on mobile technology, particularly in the field of 5G.

One of the biggest presentations came from Samsung and Reliance Jio Infocomm (Jio), who highlighted the progress of both 5G and 4G in South Asia. India’s Jio offers national mobile coverage and is the country’s largest network operator.

Mathew Oommen, President of Reliance Jio Infocomm, referred to the company’s spurning of older 2G and 3G technologies when he said: “We as Jio, working closely with key partners like Samsung will ensure that we continue to help India leapfrog traditional technologies by advancing the existing 4G all-IP infrastructure and leverage the end-to-end fiber, 5G, and IoT ecosystems towards a digital infrastructure platform. This digital platform will deliver on the aspirations of all Indians, our businesses, and the emerging digital society that is fundamental to accelerating the digital economy and ensuring digital freedom for India.”

The rapidly digitalising countries of Asia are often regarded to have the capacity to particularly benefit from the move to 5G because they are able to more easily implement 5G networks, unburdened by vital pre-existing channels built on 2G and 3G.

Deloitte published a paper on 5G in India, calling it the “Catalyst to Digital Revolution”. It credited the extent of mobile phone take-up to creating an internet economy worth $155bn in 2018, with the potential to reach $1trn by 2025, assuming the implementation of 5G is successful.