An Office in Your Pocket 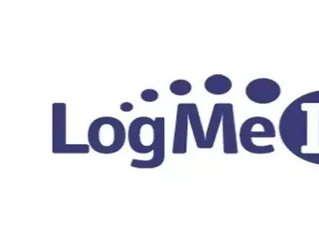 In my haste to get from Activity A to B, point C to D, and commitment E to F, oftentimes it just isn’t feasible to lug my bulky laptop with me (and unfortunately, I am without a tablet.)

Since I do have an Android-equipped smartphone with me everywhere I go, it made sense for me to look into an application that would allow me to access work documents on the go, making it easy to remain checked in at the office while working on location or attending events out-of-area.

I checked out LogMeIn, a US-based company founded in 2003 with additional offices in Australia, India, Japan and Europe. Their top product, named 2010’s top grossing third-party app, allows users to back up important documents and access their computers remotely via smartphone or iPad. Users may manipulate Microsoft Office documents, utilise Salesforce software and update their Quickbooks through LogMeIn – it’s like carrying a tiny office in your pocket.

More than 13 million users have connected at least 125 million devices around the world to LogMeIn, including big corporations such as SAP, IBM and Geek Squad.

LogMeIn is available in both the Android Market and Apple App Store as a free app, but for those who require more access and convenience on the go, a Pro version is also available. For AU$41.99 per year, the Pro app includes everything offered with the free app, as well as high-definition audio and video streaming, cloud-based storage to allow access into Dropbox and Google Docs’ file-sharing services, and the ability to copy, move and save files from one device to another for offline viewing.

“By combining our mobile and free service strengths, we can bring the benefits of top-shelf remote access to virtually anyone and everyone with an iPhone or iPad,” said LogMeIn President and CEO Michael Simon in a media release.

Their innovative apps have won over even the choosiest audiences: PC Mag gave the Ignition for Android app a 4 out of 5 in its review, calling it “[a worthy investment] for those who need reliable remote access, advanced features or may need to administer a server time-to-time from an Android device.”

According to the company’s CEO, there is still more to come from LogMeIn: “[As] mobile has become an increasingly important driver for introducing new people to LogMeIn’s services, and we believe we’re just scratching the surface of this growing demand,” said Simon.

As I continue to work on location and cover events for the magazine, come deadline time, I’ll be quite thankful for LogMeIn’s services.