New technology could impact Aussie jobs in the future 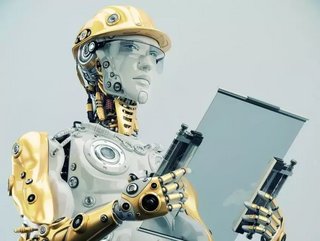 A recent report by the Committee for Economic Development of Australia (CEDA) anticipates over five million (or 40 per cent) of Australian jobs have a “high probability” of being eliminated within the next 10-15 years due to new advances in technology. In addition, the report predicts another 18.4 per cent of jobs face a “medium probability” of vanishing.

With an industrial revolution expected to be on the horizon behind advances in cloud computing, artificial intelligence and big data, jobs with low levels of social interaction, low levels creativity or low levels of mobility and dexterity could be replaced by automation. As Business Review Australia previously wrote, the mining industry has already begun using drones to help its mining efforts.

CEDA chief executive Stephen Martin believes job losses could be even worse in certain regions of the country.

“This research shows that in some parts of rural and regional Australia, in particular, there is a high likelihood of job losses being over 60 per cent,” Martin said. “While we have seen automation replace some jobs in areas such as agriculture, mining and manufacturing, other areas where we are likely to see change are, for example, the health sector, which to date has remained largely untouched by technological change.”

Some of the positions believed to be most at-risk are telemarketers, insurance underwriters, tax preparers and data entry imputers.

However, jobs that could be impacted the most are those that involve driving, which about 28 per cent of Australians currently occupy. The patenting of a driverless car created by Google could severely change the labour market, as the report found the affordability of autonomous driving systems will improve dramatically. In addition, the report states that if statistics showing 90 per cent of road accidents are caused by human error is accurate, governments will have no choice but demand autonomous driving systems be used in order to save lives and health costs.

Aussies have little say in these matters, as businesses, educational facilities and governments each had a role in improving the country’s innovation levels to make sure people have jobs in the future. As other countries also prepare for technological changes, Australia would fall behind in an increasingly competitive global marketplace if they chose not to do so.

This isn’t only a problem Australia is facing, as the way the world handles this technological change will determine future economic prosperity across the globe. Skills sets such as critical thinking, communication and tech savvy people (those who work at Google for example) are among those who may be safest from being replaced by machines.

You must be able to succeed in different environments and working situations in the future world of artificial intelligence.