'Jewel in the crown of Fintech': China to develop own cryptocurrency 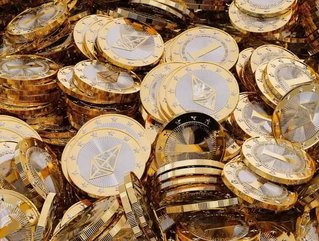 China’s central bank is reportedly carrying out research into the possibility of issuing the country’s own official cryptocurrency.

This comes after a ban of Bitcoin and other major cryptocurrencies in September, as well as banning ICOs.

According to Yao Qian, who is leading the research at the People’s Bank of China, developing a digital legal tender for China could bring down the cost of transactions and extend financial services to more regions.

Cash still king in Asia according to Paypal

“The development of digital economy needs central bank-issued electronic currency more than ever… it’s crucial to speed up the research and issuance,” he stated, adding: “What the central bank have in mind is a centralised digital currency among all… as money has evolved from the barter system to its metallic and paper forms, it is now going digital.”

He claimed that digital currency for China could become the “jewel in the crown of fintech” and that it would be easier to trace so that China’s central bank would be able to monitor it and therefore improve policies.

Russia has also begun research into developing a centralised cryptocurrency.

Earlier this year, Zhou Xiaochuan, the governor of the People’s Bank of China, announced the central bank was planning to develop a digital currency.