Is it time for Coles and Woolworths to get rid of self checkouts? 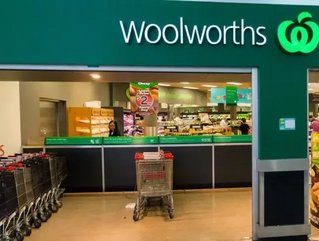 The decision of grocery giants Woolworths and Coles to incorporate automated machines for self-service checkouts appears to have backfired.

Although retail experts believe the decision was made for financial reasons rather than customer satisfaction, the Perth-based consulting firm Marketing Focus recently stated that five out of six Aussies don’t like using the new technology at the market.

The firm also said between 40 and 60 per cent of checkouts are now automated, and believes the majority of customers who don’t like the service feel they’re doing the work of the store’s employees by scanning and bagging their own groceries.

It appears as though most supermarkets view self-service checkouts as a way to reduce staff levels. But while self-checkouts are saving money from not having to pay staff members, it could ultimately end up costing stores money due to lack of business.

Some main customer complaints of the automated service include the barcodes not scanning properly, having to wait in line too long because others can’t use the self-checkout quickly, running out of bagging area, having to sift through fruit and vegetable selections to find the right item and of course the dreaded “item removed from bagging area” warning.

While self-service is beneficial at times, especially when purchasing a small number of products, very few consumers want to rely on it as their primary checkout method.

In addition, many consumers complain these outlets aren’t attempting to build a relationship with them due to the severe lack of interaction.

This has led to a rising number of customers straying away from Coles and Woolworths in favor of rival Aldi, which has no automated checkouts and is growing rapidly in Australia.

In a statement, Woolworths revealed about one-third of its sales came through self-service checkouts and that it gives customers a choice of how to pay for their groceries and that it in fact has not reduced its staffs.

“Across our supermarkets we always have members of our checkout team available for customers who want to use them, and we have a team member available to assist customers while they use the self-serve checkouts,” the company said.

“We announced earlier this year we are significantly increasing the number of staff hours in our stores to serve customers and ensure they have a great shopping experience, and many of these hours will be used on checkouts.”

As a counter, self-scanner company NCR has provided new software that shows customers the top-selling fruits and vegetables for the day, as well as consumers’ most common purchases after swiping their supermarket rewards card. In addition, the company has decreased the size of its self-service machines to add more space in the bagging area.

But if grocery stores don’t figure out a way to make the checkout experience more consumer friendly, customers may begin finding a way to do their grocery shopping from home.