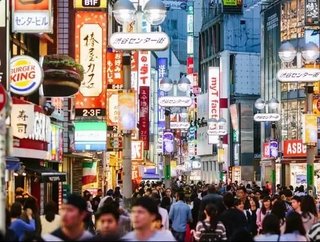 A slew of challenges are facing the world’s urban population. Asia is home to just over half of the global city-dwelling population and 16 of the world’s 28 megacities can be found there. The need to effectively manage the implications of mass urbanisation cannot be understated. With unavoidable pressures such as living space, pollution, and income disparity, internet of things (IoT) technology has the potential to bring about a complete change in how humans interact with one another in urban spaces and in the world at large.

Speaking to Business Review Asia, Danial Mausoof, head of Marketing and Corporate Affairs, Asia Pacific and Japan at Nokia, says, “It is clear that all cities in Asia can benefit from the intelligence that ICT networks can bring to municipal services of all kinds. As important, the challenges brought on by rapid urbanisation are universal, and as a result all cities need to look at ways to make themselves smarter, safer and more sustainable.”

But how can Asian cities prepare themselves for these revolutionary changes? While city-planners and those who study demographics in detail have been able to refine their forecasting methods over the years, there is no way that all of the outcomes can be predicted.

“It has to be noted that no two single cities have the same needs and plans. Hence, there is no such thing as a ‘blueprint’ implementation for smart cities globally.” Mausoof adds, “Taking some concrete examples in Asia, it’s impossible to compare what’s being done today in, say, Singapore, Bangkok or Pune. To get better insight into best practices of benefit to all cities, Nokia commissioned the Smart City Playbook.”

Read the rest of this article in the April issue of Business Review Asia.