India's answer to Spotify: Gaana raises $115mn in funding round led by Tencent 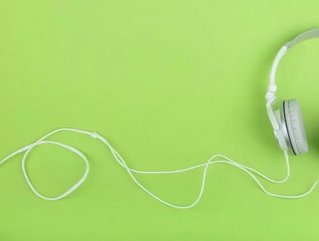 Indian music streaming service Gaana has raised $115mn in its most recent round of funding.

The round was led by Tencent, which also has a stake in Gaana’s international rival, Swedish music streaming platform Spotify.

The company has said it intends to use the funds to invest in AI in order to personalise its service, as well as developing its paid-user subscription offering.

Another contributor to the funding round was Time Internet, an Indian tech incubator which first established Gaana in 2010. While it’s been announced Tencent led the round, the amounts invested by each company have not been disclosed.

Tencent, which is the biggest technology company in Asia, has recently been valued at $525bn and has invested in companies like Flipkart, Ola and Hike recently. In terms of its music interests, it not only has stakes in Gaana and Spotify but also in Tencent Music Entertainment, which is the largest music streaming service in China, and JOOX, Southeast Asia’s leading music streaming platform.

Gaana has about 60mn monthly active users in India while rival Spotify has surpassed 140mn. Spotify has also said it will go public on the New York Stock Exchange in the near future, heating up the competition for Gaana and others. Further competitors for Gaana in India are Saan, Apple Music and Amazon Prime Music. However, Gaana has stated it aims to have more than 200mn active users in the next three years, a significant share of India’s growing market.

According to the Economic Times, Gaana’s CEO Prashan Agarwal has said: “music streaming is the future of music consumption globally, and in India, we are only 10% of the way towards building a business useful for 500mn Indians”.

Meanwhile, Martin Lau, president of Tencent Holdings, has said of the investment: “As more affordable mobile data plans are driving smartphone penetration in India, we believe growth in the music streaming market will accelerate. By investing in and collaborating with Gaana, we look forward to bringing more innovation and better experiences to all Indian music lovers.”