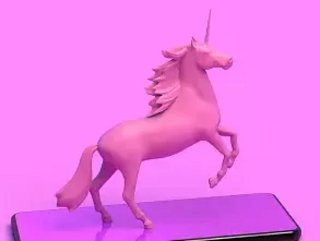 With the third-largest startup ecosystem worldwide, having doubled its unicorns to 90 in 2021, India is expected to continue momentum with some 50 unicorns

India has started 2022 as it means to go on, ushering in three new unicorns (companies with US$1bn valuations) in the first week of 2022 alone, as a new PwC report predicts the country could hit 50 more unicorns this year.

This comes off the back of a record-breaking 2021 for startups in India with the birth of 46 unicorns, more than doubling the number of India’s billion-dollar companies to 90, according to a report by Orios Venture Partners.

With 60,000 startups under its entrepreneurial belt and birthing one out of every 13 unicorns globally, it’s little surprise to find India in the top three largest startup ecosystems globally and the third-largest home for unicorns (90) trailing only the US (487) and China (301), and way ahead of the UK (39).

And according to the report, “these startups are not only developing innovative solutions and technologies but are generating large-scale employment”.

Bengaluru was the city with the most unicorns, giving birth to 18 in 2021, rising to become the world’s seventh-largest unicorn hub, while Delhi came next in India followed by Mumbai. Fintech, ecommerce and SaaS have witnessed the most number of unicorns, with health-tech, edtech, D2C, gaming and crypto following close behind. The report further revealed that of the 90 Indian unicorns, 80% are engineers and 13 (28%) have female founders, eight of which emerged in 2021.

As well as 46 unicorns, 2021 gave birth to four decacorns (companies with a valuation of US$10bn), among them Flipkart, Paytm, Bjyu’s and Oyo Rooms, with Flipkart proving the most valuable of all at US$37.6bn after raising US$3.6bn in July 2021.

Notable unicorns born in 2021 include Cred, Mesh, ShareChat and upGrad, as well as Mensa Brands, the fastest to turn unicorn, taking just six months to reach unicorn status in November 2021 following its capital raise of its first US$50m in May 2021.

Last year was also a landmark year for Indian startups going public, according to the report, with 11 firms, including eight unicorns – raising a total of US$7.16bn via public offerings. Decacorn Paytm raised India’s largest-ever IPO of around US$2.46bn.

India has 50 unicorns waiting in the wings

And 2022 is looking good for Indian startups too. Within the first week of 2022, an incredible 40 Indian startups raised funding, while two weeks in and three unicorns (Fractal, Honasa, LEAD School).

Credited with being the first Indian unicorn born in 2022, digital-first consumer brands platform Honasa raised US$52m in a funding round led by Sequoia giving it a valuation of US$1.2bn. The D2C startup, which owns personal care brands including flagship brand Mamaearth, currently caters to more than 1000 cities in India. The startup plans to deploy the funds towards expanding its portfolio of personal care D2C brands, into new categories, as well as funding product innovation, distribution and marketing of brands.

Next up came Fractal, an AI startup that raised US$360m in an investment round led by TPG Capital Asia. And then nine-year-old startup LEAD School raised US$170m in a Series E financing round that saw its valuation double to US1.1bn in just nine months. The startup works with thousands of K-12 schools where it has integrated its platform to help them secure books and other resources from vendors.

With these three under its belt so far, 2022 is looking healthy for startups in India, with a recently released report by the Hurun Research Institute estimating that there are a potential 50 startups that could reach unicorn status in 2022.

Dubbed ‘Soonicorns’ (soon to be unicorns), these 50 startups have been selected as potentials to reaching US$1bn valuation this year due to their history of having raised more than US$100m to date.

We outline five of the 50 Indian Soonicorns to keep an eye on.

1. Khatabook Founded in 2019, fintech startup Khatabook offers a range of software solutions to MSMEs in India for their business needs. Used by more than 10 million monthly active users, it has 320 employees and is looking to hire more senior talent as it expands into financial services. The startup’s latest funding round (Series C) in August 2021 was oversubscribed.

2. Practo Co-founded in 2008 by then 20-year-old Shanshank N.D., Bengaluru-based telemedicine startup Practo is a mobile-first health platform that connects patients with healthcare providers through booking appointments, checkups and consultations. The startup, which schedules over 10 million doctors appointments each year, has raised a total of US$228.2m over seven rounds.

3. Ninjacart Fresh product supply chain startup Ninjacart is valued at US$502m following its latest round of funding last May when it raised US$9.5m. The five-year-old startup, which enables retailers and restaurants to source fresh produce directly from farmers at competitive prices, has a network of more than 200 collection centres and 1,200 warehouses in India and claims to move over 1,400 tons of fresh produce daily and supplies to stores across seven cities.

4. Pepperfry Celebrating its 10th anniversary this year, Goldman Sachs-backed online marketplace for furniture Pepperfry, which is valued at US$500m, is looking to raise up to US$300m via an IPO in the first quarter of 2022, according to CEO Ambreesh Murty.

5. Jupiter Right at the end of 2021, consumer-focused neobank Jupiter raised US$86m in a new financing round, giving it a US$711m valuation, and helping to fund its development of new services including offering consumers lending and wealth management services. The Bengaluru-based startup, started by former Citrus Pay founder Jitendra Gupta, has amassed nearly a million users and is more than doubling transaction volume each month.