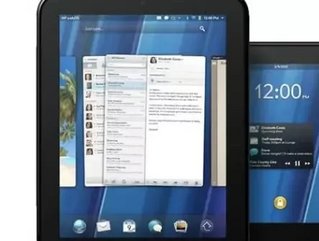 Before Hewlett Packard has even launched its popular TouchPad tablet in Australia, it is discounting prices by $100 to match price reductions in the US market.

The HP TouchPad, available on Monday at Harvey Norman locations, will cost $499 for the 16GB Wifi version, and $599 for the 32GB Wifi model. Previously, electronics retailer Harvey Norman had been advertising the 16GB and 32GB versions on its website for $598 and $698. In Australia, HP said the new pricing is not temporary and will remain at the discounted rates.


“HP continually evaluates pricing for its products and is pleased to offer a permanently reduced price on the TouchPad products effective immediately,” the company said in a statement on Thursday.

“Now consumers can have all the benefits of webOS -- multitasking, Synergy and Just Type – at a starting price from $499 including GST. “This move will help bring the HP TouchPad and webOS to a larger audience, benefitting consumers and developers.”

Still, some argue that the discounts in pricing aren’t enough— the two versions of the HP TouchPad can be bought for $US400 and $US500 respectively.

It’s the latest move for Hewlett Packard to compete in an increasingly crowded tablet market, particularly now that the Samsung Galaxy Tab 10.1 is gearing up for its own launch here in Australia. That launch could happen after August 29, after Samsung and Apple go to court to battle out Apple’s claims that Samsung has infringed upon some of its patents, including the touchscreen technology of the Apple iPad2.