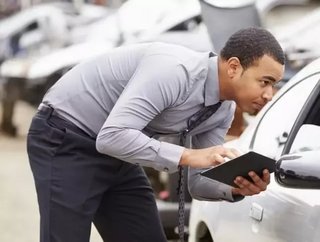 In an attempt to perfect movement detection technology for its latest automobiles, Sweden-based care manufacturer Volvo has announced it is working on a kangaroo-detection system for the Australian market.

The technology is being developed in the Tidbinbilla Nature Reserve just outside of Canberra, and will work through a radar installed in the front of the car using a light-sensitive, high-resolution windscreen-mounted camera to scan the road for marsupials.

According to Australia’s National Roads and Members Association (NRMA), over 20,000 cars are involved in accidents with kangaroos every year, costing over $75 million. Kangaroos are the nation’s largest marsupial and can reach speeds up to 60 kilometres per hour.

The system already exists in Sweden, which automatically hits the breaks on a car if an animal is detected.

‘’In Sweden, we have done research involving larger, slower moving animals like elk, reindeer and cows, which are serious threats on our roads,’’ said Martin Magnusson, Volvo Cars safety engineer. ‘’Kangaroos are very unpredictable animals and difficult to avoid, but we are confident we can refine our animal detection technology to detect them and avoid collisions on the highway.’’

The system processes 15 images per second with a reaction time of 0.5 seconds, more the twice as fast as the average human speed of 1.2 seconds.

The Australian Capital Territory and areas of New South Wales are believed to be two of the nation’s most prevalent areas for Kangaroo accidents.

"This type of technology is not designed to take responsibility away from drivers, said Volvo managing director Kevin McCann. ‘’If the driver is inattentive the car will warn them and eventually make a hard braking to avoid a collision.’’