How IT function has changed since aligning with business 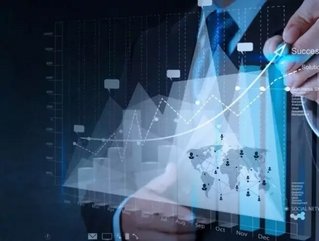 While business leaders and IT executives still want their IT functions to exhibit utility-like characteristics such as availability, reliability, performance and low cost, there are two new mantras to describe how a well-run IT function should perform.

Kenny Soutar, ANZ Country Manager for Fluke Networks, said, “One of these mantras is that the IT function should be closely aligned with the business and the other is that it should be agile. This is driving fundamental change in the way that IT organisations need to function.

“Today, the CIO is still expected to guide the operations and evolution of the IT function. That means keeping operations running and not having any major incidents relative to the deployment of new applications or any major security intrusions. The CIO is also the person ultimately responsible for ensuring that the company has the right strategy relative to the choice of vendors and the appropriate adoption of trends such as cloud computing and virtualisation. This creates a complicated mix of both tactical and strategic responsibilities for contemporary leaders.”

There is nothing fundamentally new about the statement that the IT function is changing. It is always changing. However, the changes currently occurring are broader and deeper than those associated with tasks such as implementing VoIP or higher speed Ethernet links. There is also nothing fundamentally new about CIOs being under pressure to show business value, but the days as sole broker of technology are now over.

“One difference is that the pace of business is increasing and it is becoming less acceptable for IT not to meet the business needs, particularly when there are public cloud service providers that can,” Soutar said. “Another difference is if the CIO can’t meet the emerging business requirements, other C-level executives, such as CMOs and CDOs, are poised to step in and take control.

“When it comes to technology shifting we are not talking about some potential change predicted for the future. These shifts have already begun. Companies are currently using cloud services and the use of those cloud services is expected to increase. IT organisations have already made significant use of virtualised servers as well as virtualised appliances such as WAN optimisation controllers (WOCs) and application delivery controllers (ADCs).

Check out the latest edition of Business Review Australia