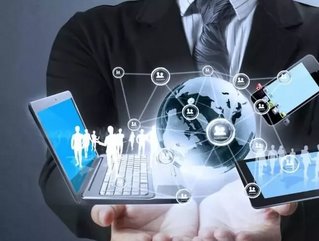 It will be Cray’s eighth supercomputer, as the company’s first was created in 1998 and was less powerful than an iPhone 5.

Along with a warning system, next-generation forecasting and upgraded satellites, the new HPC system intends to give Aussies detailed weather forecasts for a six-kilometre square region straight to your mobile device.

If all goes well, weather scientists and climate change researchers may be inclined to remain in Australia rather than going overseas. In addition, it will keep Australia near the top of global innovation while opening up new avenues for science and research.

According to BoM, HPC systems play a large role in the infrastructure of the Bureau, especially in severe weather and environmental emergencies such as floods, tsunami, brushfire, chemical spills and others.

Other uses of these systems include improving a country’s national security, economic viability and researching different industries such as nuclear energy and climate change.

“The benefits to the community, the economy, emergency services, national security and various parts of the industry will be quite marked,” said BoM CIO Dr Lesley Seebeck.

In order to meet the needs of present and future meteorological, oceanographic and environmental services, the Bureau has pushed the need to replace its existing HPC system by 2016 since more computational and storage infrastructure is important to the use of these services.

The existing HPC system built by Oracle and Sun Microsystems was called to be replaced in 2013 in an effort to improve its weather modeling capabilities. The Australian Government’s current “Raijin” supercomputer created by the Japanese company Fujitsu has twice as much power despite costing $50 million to build and $12 million annually to run—less than the $77 million awarded to Cray.

The new Cray-built supercomputer will have 1.6 petaflops—compared to 1.2 petaflops in Raijin—which is anticipated to run 16 times faster than the BoM’s current HPC. Production of the supercomputer is expected to begin in October before going live in the middle of 2016, while Cray will also be responsible for installing and maintaining the system until 2021.

In addition, a planned upgrade to the HPC has been planned for 2018 and is believed to increase the supercomputer to 5 petaflops according to BoM.