How bright is the future of solar power in Australia? 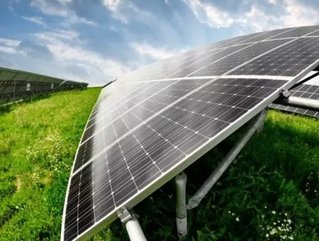 Today, Australians have access to some of the least expensive electricity in the industrialized world, and a major reason for that is rooftop solar. However, the country’s grid electricity rates aren’t low, as Aussies pay a lot for the electricity they purchase from their utilities due to deregulation, infrastructure costs and network charges as well as the carbon tax. But the nation is in a good position to reap the benefits of residential energy storage in a way few other countries are, as it receives more solar radiation per square foot than anywhere else on the globe.

All it may take is the right technology to begin the energy-storage boom that the industry has been waiting for.

For years, Australia has gone through a stage of solar incentives and solar market jitters, even though about 1.4 million households – or nearly one in six – currently have rooftop solar. Despite all the criticism the nation has taken over the years as being far behind on renewable energy, Australia leads the world in the amount of rooftop solar installed by far, while the Aussie company Pollinate Energy continues to supply solar lamps in India. In South Australia and Queensland, the number of homes with rooftop solar is over 20 per cent, and 40 per cent for owner-occupied homes.

Still, Australia’s passion for rooftop solar doesn’t translate into large-scale solar power generation as most other countries may believe. In fact, it only adds up to about four gigawatts – or three per cent of total electricity – according to the Energy Supply Association of Australia. This is because Australia’s renewable energy target mainly just promotes the use of large-scale wind power, since wind farms are still much cheaper to build compared to solar energy plants.

It’s a lot harder for expensive solar technology to compete on cost, especially with a new report from the Grattan Institute that claims the total price of installing and maintaining rooftop solar – after adding in the emissions as well as the electricity use avoided – is about $9 billion. That’s why many experts view rooftop solar as more of an expensive and unfair policy than a victory.

But changes in technology could be on the way to fix this problem. As was previously written in Business Review Australia, advances in battery storage technology such as Tesla’s Powerwall should help the lack of solar power being produced in the peak early evening hours when it’s most needed and most expensive. Specifically, this helps guarantee reliability during peak hours and when the sun isn’t shining.

The view among many is that solar photovoltaic (PV) in addition to a battery will encourage people to move away from the electric grid completely, but that is certainly incorrect due to the cost and complications of complete independence from it. Instead, a true future for rooftop solar will only happen if Australia gets its price and regulations right.

However, the cost of getting that done is anyone’s guess.