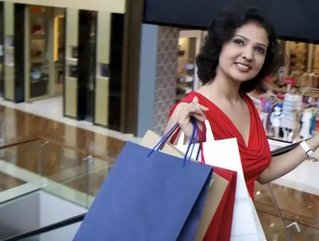 Google has launched a new app in India which will allow users to make payments via mobile.

The move is said to come after weeks of speculation.

‘Tez’ (Hindi for ‘fast’) will allow both Apple and Android users to transfer each other money, and buy goods from both physical stores and mobile websites. At present the app is free to use for customers and small merchants.

The main competition for Tez is PayTM, a start-up backed by Softbank and Alibaba which already has 200m users. However, unlike PayTM which is a mobile wallet, Tez will move money directly to and from the user’s bank account.

Tez is based on the UPI (Unified Payment Interface) backed by the Indian government which was launched last year in order to encourage more digital payments. The app currently works with the 55 banks in India which already use UPI, with a remaining 150 eligible banks yet to adopt it.

Users can make payments in a number of ways, including by phone number, UPI number or email address. They can also use Audio QR which sends a short audio signal to a nearby device or use inbuilt ‘merchant’ channels which group together payments to a particular merchant. It can also be used via third-party websites which have it enabled.

Google have said Tez will soon be pre-installed on smartphones made by Lava, Micromax, Nokia and Panasonic.

WhatsApp is also said to be working on a UPI-based payment service, which may rival Tez as the app already has over 200m Indian users.

At present, a wide market is offered for payment apps since India has over 300m smartphone users.

In addition, digital payments are on the rise since a huge proportion of Indian banknotes were demonetised late last year. With a shock announcement televised just hours before the notes lost their value, 500 and 1000 rupee notes ($7.80 and $16) were taken out of circulation and new 500 and 2000 notes were introduced instead. This sudden change resulted in cash shortages.

Google describes Tez on its website: “Send money home to your family, split a dinner bill with friends, or pay the neighbourhood chaiwalla (tea seller). Make all payments big or small, directly from your bank account with Tez, Google’s new digital payment app for India.”

Within months it is expected users will be able to upload cards onto the app.