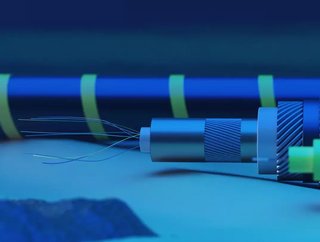 Google and Facebook have announced plans for a new subsea cable that aims to boost internet capacity and speeds in the Asia-Pacific region.

The system is expected to launch in 2024, subject to regulatory approval, and according to Facebook, the cable will run for 12,000km and will feature an initial design capacity of more than 190TB per second to meet the rising data demands in the region.

The news follows the tech giants’ announcement earlier this year that they were working on two subsea cables, Echo and Bifrost, which will connect North America and south-east Asia. The US social media group said the link would deliver “much-needed internet capacity, redundancy, and reliability to expand connections in the Asia-Pacific region”.

Both Silicon Valley giants have been investing in building out internet infrastructure in different regions, with Google last year announcing a $10 billion spending plan to help India’s digitisation push over the next five to seven years.

The global submarine cable network is growing, bringing the opportunity of high-speed internet to more people, and has become a vital network for data traveling.

In June, Google announced a new high-speed subsea cable between the US and Argentina, dubbed Firmina, which is due to start operations in 2023. Just last week, Facebook and Amazon announced that they have requested approval from the US government to operate a new cable between the Philippines and California after China Mobile agreed to exit the plan.

Capacity demand from hyperscale operators will be a key driver in $8 billion in new cable investments over the next three years, according to research firm TeleGeography.

TeleGeography’s 2021 Submarine Cable Map, documents 464 global cables and 1,245 landing stations, as well as major future deployments. The map further analyses the changing dynamics in the market and the influence of new players on submarine cable investments. That includes 36 cables in the planning stages, including 19 newly-announced projects that will add more than 103,000 kilometers (64,000 miles) to global subsea lengths.

“The 2021 map illustrates a market that’s experiencing more deployments, with new and diverse players,” said TeleGeography Research Director Alan Mauldin. “Over the last decade, we’ve seen content providers emerge as disruptors, ramping up investments to meet global demand for their services. The submarine cable market has never been so dynamic.”