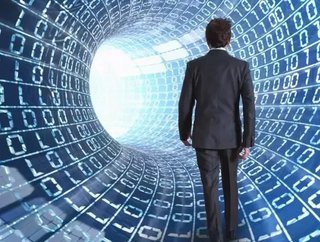 Fibre-to-the-node (FTTN) technology is expected by some to enhance Australia’s position as a global leader in the delivery of fast, reliable broadband.

FTTN is much less expensive than the alternative Fibre-to-the-premises (FTTP). From December 2010 to September 2013, Labor’s funding estimated its FTTP National Broadband Network (NBN) increased from $40.9 billion to $44.9 billion, which is a jump of about 10 per cent.

RELATED TOPIC: Did MyRepublic co-founder make a mistake by calling out Australia's NBN?

NBN CEO Bill Morrow acknowledged that many wonder about the capability of FTTN technology, but urged observers to reserve judgment before seeing evidence.

Morrow indicated that today's NBN network will provide access to fast speeds that meet the needs of Aussies sooner and at less cost to taxpayers. He also said there is an upgrade path should demand exceed current capacity.

“It is expected that when the NBN network is completed, Australia will be on an equal if not better footing than most of our global peers in terms of broadband delivery speeds,” said Morrow. “Advances in technology will breathe new life into existing infrastructure.”

At the moment, NBN is also experimenting with G.Fast technology that is expected to lead the way for Gigabit FTTN service in the future.

However, many believe capability of Australia’s broadband system is falling behind other similar developed countries around the world with its lack of speed. It has gone from ranked 39th in the world back in 2009 to 59th earlier this year.

Studies in the U.S. and Europe reveal there is a correlation between Gross Domestic Product (GDP) and internet speed.

In many forward-looking nations, FTTN technology has never been entertained as an option. In some countries where it has been installed, network operators are planning to move away from FTTN in favour of more advanced broadband technologies like FTTP. In doing the opposite, some view it as Australia moving backwards.

Many believe if the Coalition had simply allowed NBN to roll out its FTTP NBN back in 2013 instead of changing it to an inferior multi-technology mix, it may well have ended up spending less money and delivered Australia a much better network.

The Coalition sold the Australian public a product that was supposed to be fast and one-third the cost, while also arriving sooner than what Labor was offering.

Instead the Coalition's NBN will be so slow that it is obsolete by the time it's in place, will cost about the same as Labor's FTTP NBN, and it won't arrive at our homes much sooner.