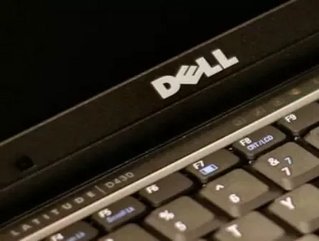 In the biggest deal since the GFC, computer company Dell is pulling out of the public trading game and going private in an effort to turnaround the world’s third-largest PC manufacturer “away from the glare and financial pressures of Wall Street,” The Age reported.

The company’s founder, chief executive and chairman, Michael Dell, is buying the company back for US$24.4 billion with the assistance of four bank loans, investment firm Silver Lake and a $2 billion loan from Microsoft. Dell stockholders will receive US $13.65 per share to “leave the company on its own” – a price that’s 25 per cent higher than expected when rumours about the buyout began circulating in mid-January.

"We [recognise] this process will take more time," Chief Financial Officer Brian Gladden told Reuters. "We will have to make investments, and we will have to be patient to implement the strategy.

"And under a new private company structure, we will have time and flexibility to really pursue and realize the end-to-end solutions strategy."

The sale is reportedly the second-highest price “leveraged buyout” of a tech company; the top spot is occupied by the $27 billion deal negotiated by First Data Corp. in 2007.

Dell’s roots may be traced back to the University of Texas, where 19-year-old Michael Dell developed the company – originally called “PC’s Limited” – in 1984 in his dorm room. After dropping out of university, Mr Dell expanded the personal computer company overseas and raised $30 million in an initial public offering of stock on the Nasdaq Stock Market. In 2000, Dell was the largest PC maker and worth more than $100 billion.

However, increased competition from Hewlett-Packard and China’s Lenovo, in addition to Apple and Samsung’s tablet revolution, has significantly crippled the once-top manufacturer’s revenues.

Analysts say that Dell’s closer partnership with Microsoft could influence the design of devices that run Windows software, and that going private is “an opportunity for Michael Dell to be a little more flexible managing the company.”

In a company statement, Mr Dell said the firm's long-term strategy would "still take more time, investment and patience, and I believe our efforts will be better supported by partnering with Silver Lake in our shared vision.”