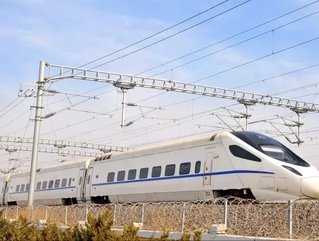 Work has launched on India’s high-speed ‘bullet’ railway which is set to be completed within five years.

The new railway will run between Ahmedabad and Mumbai and will cut the 310 mile journey from eight hours to just three, with a 750-seater train consisting of ten coaches operating st top speeds of 217 miles per hour.

The route will largely be elevated but will include a 4.5 mile long undersea tunnel.

China to move exclusively to ethanol gasoline by 2020

Over 80% of costs are being funded by a $17bn loan from Japan, with Japanese Prime Minister Shinzo Abe launching work by laying the foundation stone on Thursday during a two-day visit to India.

Abe stated: “My good friend Prime Minister Narendra Modi is a far-sighted leader. He took a decision two years ago to bring a high-speed train to India and create a new India… I hope to enjoy the beautiful scenery of India through the windows of the bullet train when I come back here in a few years.”

Indeed, the high-speed railway was a key promise in Modi’s 2014 election campaign. The work bas been launched in the Prime Minister’s home state of Gujarat.

Supporters hope the train will improve commuter convenience, reduce congestion and improve business prospects, but some critics have expressed that it would be more effective to improve India’s existing railways.