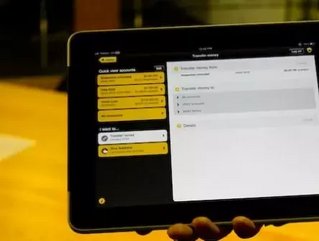 The Commonwealth Bank became more up-to-speed with its mobile banking strategy this week as it launched a new mobile banking app for iPhone, Android and Windows 7 and a new NetBank app for iPad and Android tablets.

The new apps give CBA customers a range of tools, including access to the mobile NetBank and CommSec websites, the CommBank Property Guide and a new foreign exchange toolkit that includes a currency converter, the Bank's current buy and sell rates, calculators for cash rates, Travel Money Card and international money transfers. CommBank says it covers 33 currencies, more than any other bank. There’s also a possibility that mobile payments will soon become available through the apps.

Commonwealth Bank chief marketing and online officer Andy Lark, said the announcement was only the first of many that the Bank would be making as it ramped up its push into mobile banking. "You will see us innovate around social, Facebook, Twitter and the like and integrating that into our strategy. And we will be integrating NFC as soon as the handset vendors are ready to go. But we will have some things before then that we will introduce in the coming months."

According to the CBA, its app is the most downloaded banking app in Australia and the fifth most visited Australian web site (across all sites).

Initial feedback from users on the Android platform has been constructive, but some users with Sony Xperia X10 and the HTC Magic smartphones have had issues with missing login windows. CBA said it is currently working on a resolution.