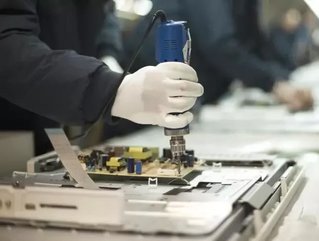 Foxconn, a Taiwanese electronics company giant also known as Hon Hai Precision and a main supplier of tech giant Apple, has had to stop its interns working overtime illegally in its Chinese factory.

According to a report by the financial times this week, at least six students were regularly working 11-hour days at the iPhone X plant in Henan. These children were on a work experience programme and were of secondary school age. In China, workers of this age can only work a maximum of 40 hours per week.

Xi Jinping meets with US tech giants including Apple

The Financial Times has stated this points to a labour strain in China, and it could also signal issues in Apple’ supply chain as demand for the new iPhone outweighs Foxconn’s normal ability to produce units. Apple sold over 46mn of its smartphones in the last quarter and phone sales make up around 50% of the company’s total revenue. The iPhone X is the most expensive model yet, retailing at £999/$999, but evidently this has not had a negative impact on sales.

Around 3,000 students from the Zhengzhou Urban Rail Transit School were put on a three-month work placement at the plant in Zhengzhou, starting in September. These steps were taken to keep up with orders and demand for the iPhone X model which Apple has described as “off the charts.”

Apple has stated the students worked voluntarily, but that “the should not have been allowed to work overtime.” Both firms have asserted the children were compensated and provided with benefits.

In a statement, California-based Apple said: “Apple is dedicated to ensuring everyone in our supply chain is treated with the dignity and respect they deserve. We know our work is never done and we will continue to do all we can to make a positive impact and protect workers in our supply chain.”

In a statement to the BBC, Foxconn said they took “immediate action to ensure no interns are carrying out any overtime work” and emphasised that interns make up “a very small percentage” of workers in its factories. The breach was inconsistent with its own policies, according to the electronics giant.