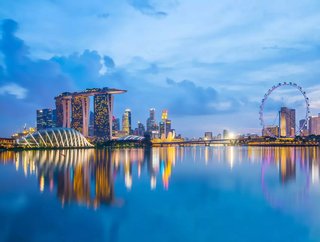 According to popular belief, Singapore was so named after prince Sang Nila Utama from Palembang thought he saw a lion on the island - hence ‘singa pura’, literally translated from Sanskrit, means ‘lion city’. A recognised city-state, Singapore holds this distinction with only two other modern locations: Vatican City and Monaco. Because of this, it is also one of the smallest countries on earth and has an approximate land area of just 682.7 square kilometres. With a population of 5.7mn, Singapore is a location with notable cultural diversity: it has four official languages - English, Chinese, Tamil, and Malay. An area with outstanding natural conservation, the city-state’s Bukit Timah Nature Reserve (1.64 square kilometres in area) contains a broader variety of tree species than the entire North American continent. It is also one of the greenest urban areas on Earth: 30% of it is covered in vegetation.

Despite its small size, Singapore has a strong economy and an overall GDP of US$324bn ($57,714 per capita). Widely considered to be among the most business-friendly cities in the world, Singapore is prosperous, has a low unemployment rate and an attractive regulatory environment. Owing to its small landmass and historically limited storage capabilities, water is defined as a precious resource in Singapore which must be vigorously imported, desalinated or otherwise reserved in order to meet the city-state’s daily 430 million gallon requirement. Although the city-state lacks the natural resources and raw materials found more abundantly in other countries, Singapore is able to leverage its strong export market to purchase imports of the goods it requires. Particularly strong industries are chemicals, electronics and the service sector.

One of the Big Four telecoms companies (the others being StarHub, M1 and TPG Telecom) currently operating in Singapore, SingTel began in 1879 as the Private Telephone Exchange with a network of 60 telephones to connect the local businesses of the time. Changing its name to its current form in 1992, SingTel has grown to become a business which employs over 25,000 people and generates revenues in excess of $12.3bn. Keen to stay on top of trends within the industry, SingTel is currently partnered with Nokia as they both explore ‘5G slicing’, wherein multiple virtual networks are combined into one physical network, thus allowing customers a greater degree of customisation depending on usage.

Founded in 1991, Wilmar is the industry leader in agribusiness on the Asian continent. With revenues of $43bn per annum and providing employment to approximately 90,000 people, the company is an established and dominant figure on Singapore’s market exchange. Wilmar’s activities are extensive and include palm oil farming, edible oil processing and refining, oleochemical manufacturing and biodiesel production. The company has established a comprehensive network of 500 manufacturing plants across over 50 countries, including China and India. In addition to oils, Wilmar also produces staple products such as noodles, rice and flour. The company’s CSR (corporate social responsibility) measures have received approval in studies conducted by the Global Child Forum, which monitors the rights and living conditions of children living on and around plantations used to grow Wilmar’s products.

OCBC Bank was formed by the merging of three separate entities in 1932: Chinese Commercial Bank, Ho Hong Bank, and Oversea-Chinese Bank. Officially Singapore’s oldest bank still in operation, the longevity of its operations could be attributed to its international investment portfolio, which includes operations in Malaysia, Indonesia and China. Despite its heritage legacy, OCBC Bank believes in remaining at the cutting-edge of the financial sector and is keen to implement new innovations linked to technology and sustainability. Recent improvements include an electronic Banker’s guarantee programme, the addition of sustainability-linked loans to its services and the capability to cash cheques at ATMs. Regarding the latter, OCBC Bank states that almost 80% of banking activities can now be performed electronically, making it far more convenient for customers paid by cheque - a common practice for SMEs in Singapore.

On 3 November 2020, Singapore will host the third annual REDAS-RICS Smart Buildings Conference. Taking “Advancing into the Future: Innovate, Improve, Integrate” as its theme, the event will seek to generate an exciting vision of what the urban landscapes of tomorrow will look like. Following a keynote speech on the utility of 5G and how it will impact the design of buildings and city infrastructure, the event programme will follow topics such as sustainability, engagement, energy efficiency and regulatory developments.

Held slightly earlier in the year is the Singapore Night Festival (21 to 29 August 2020). An annual street festival held to celebrate Singapore’s rich culture of music, art and street performances, the festival is promised to be an audio-visual extravaganza, with film screenings, magic shows and huge light installations on display throughout. The event will be a fantastic opportunity to immerse oneself in the unique culture of Singapore.