A Case for R&D Departments: How Failures Like Google Glass Can Still Be Wins 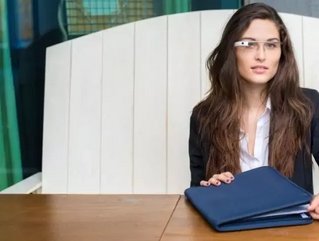 Failure can still be success.

It's hard to wrap our brains around this sentiment, I know. But let's take, for example, American inventor Thomas A Edison. He's responsible for the incandescent light bulb--a pretty big development in modern history. When asked about the number of inventions that didn't work he replied, "I have not failed. I've just found 10,000 ways that won't work."

"Failure is not precisely the goal at Google X. But in many respects it is the means," shares Jon Gertner, the only journalist allowed to explore the research headquarters. He was able to spend the day with Astro Teller, Captain of Moonshots (yes, that's the title on his business card). Teller describes moonshots as audacious innovations that have a slim chance of succeeding, but might revolutionize the world if they do.

Google Wave, Google Buzz, Google Lively and now Google Glass are among the concepts, products and ideas--and yes, moonshots--that have been abandoned or shelved in the name of failure. After Google made the announcement about Google Glass, critics were quick to dismiss and bash the product: it was a "solution in search of a problem," it was badly designed, badly managed. But what this latest--extremely public and possibly embarrassing--failure proves is Google hasn't lost its edge.

Read related articles from Business Review Australia:
Top 10 Gadgets For The New Year
The Internet of Things Comes To The Enterprise

The blueprint for becoming a corporation rarely varies. Once a company reaches a certain level of revenue, the game changes from innovation to finding new ways to make money through other people's innovation. According to the Oxford Centre for Entrepreneurs, companies that reach $600 million in revenue move innovation to the back burner. Google, with an annual revenue of over $50 billion, is an obvious anomaly.

Failure can be a great business strategy: what other strategies are as effective at encouraging the discovery of big, new successes? This is part of Teller's vision for Google X, and Google supports it. Now, we're just waiting on the next light bulb.