Can the Tesla-Fronius partnership lead to 24 hours of sun? 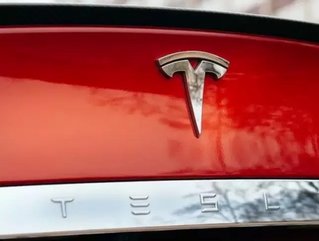 Beginning in the fourth quarter of 2015, the Tesla home battery will be available on the market in collaboration with the inverter manufacturer Fronius. The product will initially be launched in Germany, before eventually going on sale in Australia and throughout Europe.

The two solar companies already have a successful partnership from the past, as Tesla’s Model S and Model X vehicles are each welding using Fronius technology.

“As a global leader in the field of E-mobility, Tesla is a welcomed partner on our path toward 24 hours of sun,” said Martin Hackl, head of the Solar Energy Division at the Australian company Fronius International GmbH. “Through this, we are coming one step closer to our vision of reliable energy supply in the future achieved with 100 per cent renewable energy.”

Tesla’s new home battery system will also be offered as part of AEE Solar’s home Photovoltaic (PV) system, which is designed to supply usable solar power. The compilation will include AEE solar adding Tesla’s Powerwall to its growing line of storage options for PV customers, expanding its home energy service to cover everything from generation to smart storage and management.

Fronius has been involved in the solar sector for 23 years, and over 1 million Fronius solar inverters have been installed across the world. In addition, Fronius inverters have long been a popular choice in Australian residential solar power installations, while the Fronius Symo Hybrid inverter will be available in Australia soon.

There’s a feeling from many that Tesla’s new battery will end the need for new nuclear power plants. Since the battery would be cheap enough to solve the issue of having to rely on occasional solar and wind, it will therefore create a more economical option to nuclear power’s 24-hour output.

Tesla will sell the home battery for US$3,500, which is much less than many observers predicted. With the price of solar power and wind combining for only about 10-12 US cents per kilowatt, renewables with reliable storage comes out to about half the price of new nuclear power.

RELATED TOPIC: Help Save The Earth & Your Budget: Energy Efficiency For The Hottest Months

At that price, these utility-scale batteries can potentially perform better than two US cents per kilowatt hour on the customer’s electric bill, and can actually lower your bill.

Since Tesla announced Powerwall, interest in residential energy storage has increased. It’s possible that several years from now, May 1, 2015 will be looked back on as the day the world’s energy storage transformation truly began.