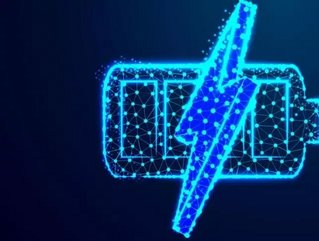 A close collaboration between Vena Energy and AGL Energy will result in one of the biggest batteries ever constructed in Australia being placed in Queensland.

With a power capacity of 100 MW, the lithium-ion battery will also be able to store up to 150 MWHs of energy - enough to power 57,000 homes per year. The contract between the two companies covers a 15 year period, which includes operational rights for AGL and build/maintenance rights for Vena.

The Battery Energy Storage System (BESS) - designed by Vena - is set to cost A$120mn  and will represent a key milestone in Queensland’s sustainable energy developments.

In a press release, Vena’s CEO, Nitin Apte, expressed optimism and excitement about the forthcoming project. “The BESS represents Queensland’s accelerating transition to a cleaner future and has the potential to utilise solar renewable energy from existing generation,” he said.

“The BESS will encourage a positive investment environment for future projects as well as encourage broader adoption of renewable energy in Queensland and in Australia.”

Similarly buoyant over the partnership was Brett Redman, CEO of AGL. “With the signing of the agreement, work on the BESS will commence and is scheduled to take about 18 months,” he explained.

“The BESS will enable AGL to leverage excess solar generation in Queensland and provide capacity when the Coopers Gap Wind Farm and other renewable power sources are not generating.”

For the Sydney-based AGL, this project is the latest in an ongoing vision to transform Australia’s energy sector. Employing over 3,700 people and generating revenues in excess of $12.8bn, the company has assets that generate energy from thermal power, wind power, hydroelectricity, solar power and more.

“Early last year we delivered the Dalrymple 30 MW ESCRI battery on the Yorke Peninsula in South Australia as part of a joint venture with ElectraNet and in October we announced a deal with Maoneng Group to buy capacity from four 50 MW /100 MWh batteries in NSW,” said Redman in a press release.

Currently investigating hydroelectric potential in Kanmantoo and Bells Mountain, AGL is also working with the New South Wales Government to build a 50 MW battery in the city of Broken Hil.

Commenting on the company’s future plans, Redman said, “More broadly we have $1.9 billion of energy supply projects completed or in construction and another $2 billion in the pipeline, subject to feasibility and stable policy settings, which will all help to put downward pressure on prices for customers.”