AdAsia first-round funding totals $14.5mn to use AI for adtech and beyond 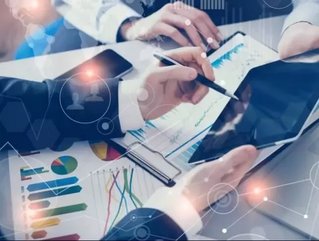 Singaporean adtech start-up, AdAsia, has completed its first round of funding and raised a total of $14.5mn this year.

It recently completed the series A funding round by gaining an extra $2.5mn to add to the $12mn invested in April.

China AI not far behind US - Goldman Sachs

The “series A ” funding comes from angel investor Hisanori Watanabe, the founder of e-marketplace WebCrew, and Japanese news app Gunosy.

As well as providing funds, Gunosy will give AdAsia space to advertise on its mobile apps, which AdAsia can then offer to clients. AdAsia can also use Gunosy’s advertising technology acros southeast Asia.

The funding will be used to further development of artificial intelligence driven matching technology.

The technology will enable AdAsia to link advertisers to publishers and brand owners to social media influencers.

AdAsia will also use this technology for HR purposes, linking employers to jobseekers.

Since April, when the $12mn was secured, AdAsia has expanded to new markets including Japan, Hong Kong and mainland China. Coupled with its initial bases of Singapore, Tokyo, Bangkok and Ho Chi Minh City, the company now has 10 bases in various countries.

Since April the number of employees has increased from 90 to 170.

The company says it has 300 clients, and last year generated a revenue of $12mn.