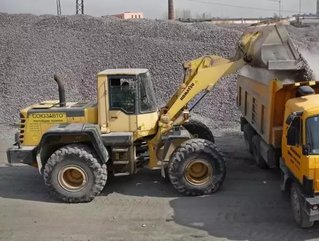 Soon, the world’s largest coal mine of the future will be supplied by Komatsu mining trucks.

Adani Mining, the company in charge of the $16.5 billion Carmichael coal project in Australia, has supplied equipment manufacturer Komatsu Ltd with an order for 55 units of 960E-2 and 930E-4SE super-large dump trucks. As Business Review Australia's sister site Mining Global recently wrote, the deal will allow Komatsu to deliver the vehicles in the later half of 2016 for use at its coal mine in Queensland, Australia.

Based in the Galilee Basin of western Queensland, the Carmichael coal project is a part of Adani’s vision to instill the first fully autonomous mining operation comprised of mine, railway and port in the world. The mine is expected to produce 60 million tons of coal each year with an estimated operating life of about 90 years.

Earlier this year Adani Mining CEO Jeyakumar Janakaraj hinted at what the company would need in terms of mining trucks.

“We will be utilizing at least 45, 400-ton driverless trucks," Janakaraj said. "All the vehicles will be capable of automation. When we ramp up the mine, everything will be autonomous from mine to port.”

The agreement with Komatsu could be one of the last remaining pieces for the project. Adani has already assured contracts with Downer EDI for mining services and construction of mine infrastructure, as well as POSCO for the engineering, procurement and construction of the rail.

Adani anticipates it will complete contracts for the coal handling plant and mine construction later this year.

You can read the full press release here.