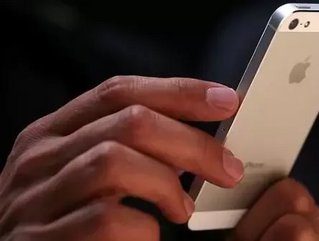 More is to be desired in the realm of smartphone technology as Australians start thinking in “Long Term Evolution.”

In about four years, 3G may no longer be enough as 4G LTE devices are predicted to make up almost half of mobile connections in Australia by mid-2016, according to Telsyte research released Thursday.

The chance of about 46 per cent of total mobile connections being 4G or using 4G mobile broadband hinges on the availability and popularity of 4G devices. The Apple iPhone5 and Samsung Galaxy S3 are current smartphones that offer 4G capability. This is expected to grow to more than 20 LTE devices by the end of 2012, eventually growing to 80 per cent of smartphones sold in 2016, according to Telsyte.

“Our latest research indicates a combination of new handsets, strong carrier deployment of 4G services, and mobile broadband as an alternative to fixed-line services is resulting in faster than initially expected uptake of 4G services in Australia,” said Telsyte analyst Foad Fadaghi.

The yearning for high speed that allows for data-intensive applications to function seamlessly is a possible driver in the 4G surge. More than 30 per cent of Australian smartphone users regularly utilise over-the-top voice or video call apps, said Telsyte analyst Alvin Lee.

“Some applications require a fast and stable data connection to provide users a more complete experience,” Lee said. “With typical LTE speeds of 40 Mbps a lot of opportunities will be created for data hungry applications like streaming media services, turn-by-turn navigation and video applications.”

In October, Telstra, Optus and Vodafone—the top three Australian carriers—were reportedly spending billions to upgrade networks for high-speed 4G LTE services. Plans were expected to strengthen throughout 2012 and into the New Year for customers.

Availability, popularity and data-supporting speed—4G is on its way to stealing hearts and pockets from 3G devices Down Under.