Which firms are funding Covid-19 recovery efforts in India? 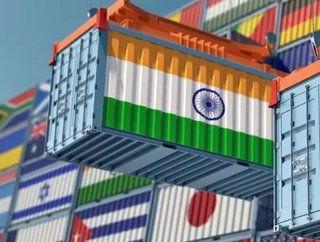 Goldman Sachs, Salesforce, Paytm add to growing list of corporates pledging funds and aid to India as the country continues a surge in COVID-19 cases...

As India’s death toll from COVID-19 surges past 200,000, exacerbated by shortages of hospital beds and medical oxygen and vaccinations lagging, countries and companies are waking up to the spiralling crisis and have been rushing to provide aid to India.

Governments have been rather slow to respond, with the the White House announcing on Thursday 28th April that it would be sending more than US$100m worth of supplies. The UK has already begun sending supplies, with 495 oxygen concentrators and 140 ventilators delivered on its first consignment, while the EU is sending an emergency shipment including oxygen concentrators, ventilators and medicine. India’s neighbour Pakistan has offered medical equipment and supplies, Taiwan is sending 150 oxygen concentrators, and Israel has pledged to send medical supplies. Even China has announced it would get medical supplies to its neighbour.

But what about private business? Who are the companies putting their money where so much of their business is? Which businesses are standing up to their CSR statements and pledging funds and aid? From Wall Street giants and American multinationals, to innovative tech startups and Chinese corporates, many with offices and employees in India, we take a look at who’s doing what and why.

Google and Microsoft kick off aid for India

It’s little surprise to discover that Google and Microsoft were first pretty much first off the aid-giving blocks. Not just because they’re massive corproations, with huge presence in India (Microsoft India employs 6,500+ people), but because both have CEOs of Indian birth.

Tech titan Google and parent company Alphabet, whose CEO Sundar Pichair was born and schooled in Chennai, has announced US$18m in funding. In a blog post, Sanjay Gupta, Google India’s Country Head and VP, said, “we’re announcing $18 million in new funding for India. This includes two grants from Google.org, Google’s philanthropic arm, totalling $2.6m. The first is to GiveIndia to provide cash assistance to families hit hardest by the crisis to help with their everyday expenses. The second will go to UNICEF to help get urgent medical supplies, including oxygen and testing equipment, to where it’s needed most in India.”

He also announced that on YouTube, Google would be supporting the government in their vaccine communication strategy, “as well as working to raise up authoritative information and reduce misinformation”.

Meanwhile, Microsoft boss Satya Nadella, who was born and raised in Hyderabad, and studied electrical engineering at Mangalore University, announced on Twitter he would be helping India with its shortage of oxygen supplies.

Committed philanthropist Marc Benioff, whose company Salesforce is heavily invested in India with 4,000 employees across the country, has also committed to providing aid. As well as announcing a donation of $1million towards local partners focused on medical equipment sourcing, community isolation centres, and creating vaccine awareness in India, Benioff took to Twitter on Thursday 29, to says that the cloud software company “is loading a Boeing 787 plane with medical supplies and will land it in India next week”.

Facebook CEO Mark Zuckerberg also took to Twitter to announce that Facebook was “working with UNICEF to help people understand then they should to to the hospital and giving US$10m to emergency response efforts”. And Apple CEO Tim Cook also pledged via tweet support towards relief efforts, though didn’t elaborate on what form that would take.

Amazon, which has six offices across India, including the world’s largest in Hyderabad, announced that it has joined forces with the philanthropic arm of Singapore-based investment firm Temasek, ACT Grants, Pune Platform and other partners to urgently airlift more than 8,000 oxygen concentrators and 500 BiPAP machines from Singapore.

Wall Street gets in on the action: Goldman Sachs and Blackstone

Goldman Sachs, which has three offices in India, also took to Twitter the same day announcing an additional US$10m pledge to support relief and recovery efforts in India, following the firm’s previous commitment of $42m deployed to more than 300 non-profits across 31 countries, including a $1m commitment to India in 2020. This additional funding will support frontline health facilities across the main cities of Bangalore, Hyderabad, Mumbai and New Delhi.

The employees of Goldman Sachs India and their dependents are further being offered vaccinations free of cost on a voluntary basis, paid time off for vaccination appointments, enhanced insurance coverage, and 10 days of Family Leaves.

But it’s not just the huge American multinationals and tech giants delivering, international brands including Indian and Chinese companies, as well as startups are sending funds and aid.

FMCG giant P&G, which has six manufacturing sites across India and 2500 employees in the country, has announced it will contribute towards the vaccination of more than 500,000 Indian citizens following via a commitment of US$500m in partnership with the government and local authorities in India and will continue its donation of products locally, from in-house manufactured masks and sanitisers, as well as leveraging its advertising voice to increase awareness on health, safety and hygiene.

Indian corporation The Tata Group announced it is importing 24 cryogenic containers to transport liquid oxygen, with its subsidiaries like Tata Steel supplying 200-300 tons of Liquid Medical Oxygen daily to hospitals; while Reliance Industries is donating 100 tonnes of oxygen.

And Indian SaaS startup LogiNext “is in the process of launching a service in collaboration with over 50 delivery platforms in the country to help delivery oxygen cylinders”, announced the company's India-born CEO Dhruvil Sanghvi.

Startups meanwhile are being innovative in their contributions to the Covid crisis. Digital payments startup Paytm is airlifting 21,000 Oxygen concentrators by early May, for use by governments, private hospitals and Covid care facilities. Indian foodtech platform Zomato has rolled out a priority delivery feature for Covid emergencies, including oxygen, while fintech CRED is sourcing 1 billion litres of oxygen for India, with every 10,000 CRED Coin going towards 1,000 litres of oxygen, according to founder Kunal Shah.