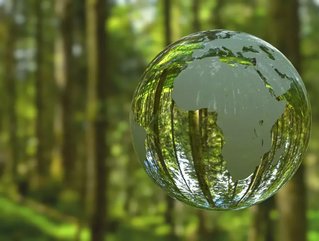 Some 21 Korean and 35 Japanese companies are included on this year’s DJSI World Index, with SoftBank, Hyundai Motors and Shiseido making their global debut

Twenty-one Korean and 35 Japanese organisations have been included on this year’s Dow Jones Sustainability World Index (DJSI World), an increase from last year of four firms for Korea and one for Japan.

Considered one of the most prestigious global benchmarks for corporate sustainability, measuring the performance of companies using ESG criteria, this year’s DJSI World - which evaluated 3,500 companies - included 322 from Asia-Pacific, among them Korea (21), Japan (35) and India (5).

Unsurprisingly, considering the global push for sustainable outcomes, a larger percentage (12.7%) of the companies evaluated worldwide made it on to this year’s global list compared to 9% last year.

Among the highest-profile Korea-headquartered companies to return to the list this year are SK Group, Mirae Asset Securities, LG Electronics and Samsung Electro-Mechanics – the latter two companies marking their 10th and 13th consecutive years.

As well as these, six Korean firms were added to the global list for the first time, among them Samsung Biologics, Kakao, SK Telecom, Hyundai Motors, logistics company Hyundai Glovis and car parts maker Hyundai Mobis.

Three of these fall within the Hyundai Kia Automotive Group. Hyundai Motors, which recently unveiled a number of electric SUV concept cars at the LA motor show, is being seen as Tesla’s main challenger on the car electrification front; while logistics firm Hyundai Glovis recently unveiled its ECOH eco-friendly brand to accelerate its expansion of sustainable business areas, including batteries for hydrogen and EVs.

Japan-headquartered VC firm SoftBank Group and beauty giant Shiseido were among the Japanese companies making their debut on the global list.

As well as making a pledge to be virtually net zero in its business activities by 2030, SoftBank’s purpose is to solve problems people and society are facing.

Meanwhile, Dentsu Group, which positions itself as ‘champions for meaningful purpose’, and electronics multinational Ricoh returned to the global list for the fifth and fourth consecutive years. Ricoh, which has 17 ESG targets, achieved the highest score out of the 34 companies in the Computers & Peripherals and Office Electronics industry.

Elsewhere in Asia, Singapore real estate development and investment firm CapitaLand, which to date has secured a total of US$7.1bn through sustainable financing instruments tied to ESG performance, received recognition on the world list for the tenth straight year. While Singapore-headquartered SGS also returned to the list ranking in the top 10 globally in the Professional Services sector.

Among the five companies from India that made the global list, Tech Mahindra emerged as the global IT leader ranking first in the TSV IT services and internet software services segment.

Tech Mahindra’s journey towards sustainability started more than a decade and a half ago, and they were amongst the few organisations that prioritised ESG at an early stage. The multinational tech giant aims to be carbon neutral by 2030 and net-zero before 2050 and is further co-creating solutions with partners and customers to increase energy savings, digitise and automate operations.