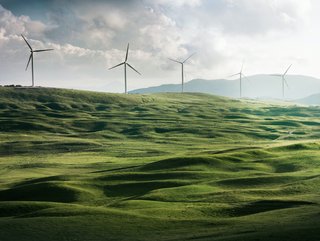 One of the first seven companies worldwide to obtain a validated net-zero target, Indian multinational Wipro is aiming to be 100% renewable by 2040

When Wipro’s net zero targets were validated by SBTi in October last year, the Indian multinational became one of just seven companies globally to have their sustainability goals approved by the world’s first net zero corporate standard.

Because, while the total number of companies with near-term emissions targets signed off by the Science-Based Targets initiative (SBTi) more than doubled during 2021, from 495 at the start of the year to 1,082 by end-December, just seven of the companies with approved targets – including Wipro – were actually aligned with SBTi’s flagship Net Zero Standard – a 1.5C protocol described as the “world’s first framework for corporate net-zero target setting”.

It includes requirements for companies to mitigate emissions beyond their value chain once they have achieved “rapid, deep cuts” to their own emissions.

Fast forward 10 months and while there are many more companies with near-term emissions targets signed off, there remain still few organisations, around 50, that have had their targets fully approved – with Kearney, Capgemini, Colgate-Palmolive all recently getting sign-off.

Announcing its targets on Earth Day last year, Wipro pledged to achieve net-zero GHG emissions by 2040 in line with the objective of the Paris agreement.

The company also set an intermediate target of a 55% reduction in GHG emissions by 2030 in absolute emission levels compared to its base year of 2016-17 (April-March).

Wipro is no stranger to either sustainability action or achievement, however.

The Indian multinational – recently named in the top 50 most sustainable companies worldwide at the SEAL Awards and among the nine founding members of the Transform to Net Zero (TONZ) coalition – has a climate change program that extends back nearly two decades.

The company’s steady and consistent reduction in energy, water, waste footprint, and bio-diversity impact, may well explain why its pledge to achieve net-zero GHG emissions by 2040 was approved as realistic and achievable.

“Wipro has long since built ecological sustainability into its operations, and ways of working,” says Thierry Delaporte, CEO, Wipro, adding that this pledge acknowledges the deep decarbonisation efforts required to get there.

Taking a values-driven strategy and approach to sustainability, Wipro has said it will defer offsets until the target year, and instead focus on real levers of decarbonisation

These include improving the energy efficiency of facilities; increasing the use of renewable energy in owned facilities in India through private power purchase agreements and captive solar power; and combining behavioural, technological, and collaborative approaches to help reduce the carbon footprint of air travel, commuting and purchased goods and services.

And they have already made significant progress in shaping and delivering Green IT solutions for high carbon-intensive sectors like Energy & Utilities, Manufacturing, Transportation and Consumer Goods.

That’s not to say its 2040 pledge isn’t a challenge. In fact, according to SBTi, the IT and consulting giant faces a unique challenge thanks in large part to its mainly India-based operations with 90% of the company’s electricity footprint concentrated in India where its large operational centres for software services are sited.

Meeting its target of 100% renewable energy by 2030 and the associated reduction of its scope 2 emissions will require the company to nearly double its renewable energy consumption over the next eight years.

Wipro’s operations span at least seven states in India, meaning the company faces an uneven landscape when it comes to sourcing renewable energy, not to mention that in India, electricity is a state subject and there is no regulatory consistency across states when comes to ease of access. Among challenges Wipro faces are tariff barriers, bureaucratic approvals, and adequate supply capacity.

Wipro has adopted a two-pronged approach to reducing scope 1 and 2 emissions – use less energy and increase renewable energy consumption.

The company has adopted green building design principles for its sites and is engaging in constructive industry-led advocacy with different state governments to facilitate increased clean electricity supply and remote tariff barriers.

According to SBTi, Wipro is successfully demonstrating how to overcome some of the challenges that are unique to companies in developing countries, and importantly, is paving the way for more companies to follow them in the global race to net-zero.